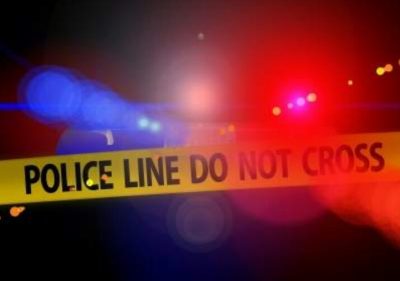 Lucknow, Jan 31 (IANS) The 11-hour hostage drama in Uttar Pradesh’s Farukkhabad ended early on Friday as angry villagers stormed the house of the kidnapper with bricks and hammers and police managed to rescue 23 children unscathed after shooting dead the criminal.

According to eyewitness, the villagers lost patience as the evening ended into the night without any solution in sight. The locals broke open the gate of Subhash Batham’s house, where the children were being kept hostage, despite the police effort to stop them.

As soon as the gate broke, the captor Batham opened fire injuring two police personnel. He was killed in retaliatory firing by the police. The villagers also beat up his wife Ruby who died an hour later at the community health centre.

Batham’s body has been sent for post-mortem. The couple’s one-year-old daughter Gauri was handed over to a neighbour.

The 23 children rescued have been sent for medical examination.

Sources said that Batham had kept the children confined in the basement, which no one knew about.

“His house seemed weird. There were no windows and we do not know when he built a basement where the children had been kept and stored the ammunition, including bombs.

“Since there was no opening in the walls, we could not make out what was happening inside even though we were monitoring the situation with drone cameras,” said a police official who was a part of the rescue operation.

According to sources, the captor first released a six-month-old girl Shabnam. His wife Ruby came on to the terrace to hand over the baby to the police.

This, sources, said made the parents of other children lose patience who then attacked the house ignoring the instructions of security forces.

Even as the villagers were attacking the main door of the house, Batham threw out a typed letter, addressed to the District Magistrate, in which he said that the village head had denied him a house and a toilet.

Inspector General of Police Mohit Agarwal, who supervised the entire operation, said that 40-year-old Batham was sentenced to a life term for the murder of his uncle in 2005. He had killed his uncle in 2001.

He was granted bail after spending ten years in jail, but three months ago, he was again sent to jail on charges of theft. He had been released one and a half months back.

During his initial interaction with the villagers on Thursday night, Batham told them: “Now you all will face the consequences of troubling me.”

The hostage drama began at around 3 p.m. on Thursday when Batham invited children for his daughter’s birthday.

It was only around 7 p.m. when parents went to get back their children and Batham refused to open the door warning that the children would not be released, that the crisis unfolded.

He demanded that the local legislator Narendra Singh be called. When his friend Anupam Dubey tried to convince him to open the door, he fired from under the door injuring Dubey.

Chief Minister Yogi Adityanath, on Friday, announced a reward of Rs 10 lakh for the police team who successfully carried out the rescue operation.

Additional Chief Secretary Home Avanish Awasthi said that the Chief Minister, who was closely monitoring the operation, has also announced Certificates of Appreciation will be given to all personnel involved in the operation.