Lucknow, Jan 30 (IANS) Uttar Pradesh Chief Minister Yogi Adityanath convened an emergency meeting at his official residence to take stock of the hostage situation in Farukkhabad district where a criminal has held about 20 children hostage since the past five hours.

The Chief Minister, sources said, expressed his displeasure at the slow reaction of the local police and said that the rescue of the children should be of prime importance.

The man, identified as Subhash Batham, had invited children for the birthday of his one-year-old child and then held them hostage. Some of Batham’s own family members are also held hostage inside.

NSG, ATS and QRT teams have been rushed to the Karsiya village which is about 40 km from Farukkhabad district headquarters. IG Mohit Agarwal is also on his way to the village.

The man has already fired six rounds at those who tried to engage him in a conversation and convince him to release the children. The police do not know if he has more ammunition with him.

Sources said that the police strategy is to delay the operations so that the man tires out and falls asleep before they make an attempt to enter the house.

He has not placed any demand in return for the release of the children but said that the villagers would have to pay the price of falsely implicating him in a murder case.

The incident took place on Thursday evening in Mohamadabad area of Farukkhabad when Subhash Batham, an accused in a criminal case, invited about 20 children to his house for a party and then locked them in.

When some local residents tried to get the door opened, he started firing from inside in which one person was injured in the leg. Batham even threw a low intensity bomb from the window.

He allegedly shouted that he had been wrongly framed in a criminal case.

When some parents tried to talk to him, he fired at them and said, “You all will pay for putting me in jail.”

Sources said that he had been convicted for murder and was released recently on bail. The local people said he was an alcoholic and a drug addict.

DGP O.P. Singh told reporters that police were acting with caution to ensure the safety of the children inside.

“A special team of trained personnel is at the spot and we have kept NSG commandos on standby. Our priority is to ensure the safety of the children and rescue them at the earliest. It is a difficult situation and all senior police officials are at the spot. We want to rescue the children without any collateral damage. The local legislator, Nagendra Singh, is also trying to talk to the man,” he said.

The police have also called in Batham’s relatives and the local village leaders.

A huge crowd has collected at the spot comprising, mainly parents of children who have been held hostage.

Tension prevails in the area and a heavy deployment of forces has been made in the village. 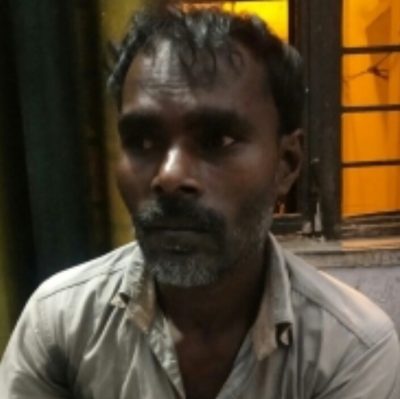