The Rs 100,000-crore plus project is considered a dream project of Modi, which was put under a ‘review’ weeks after the Maha Vikas Aghadi government came to power on November 28, 2019, amid strong criticism from opposition Bharatiya Janata Party (BJP).

“We need to prioritise the developmental works needed in the state. We have to consider the financial implications before implementing such huge projects,” Thackeray said.

His comments came in the second-part of his ongoing interview after taking over as CM, with the Shiv Sena-run newspapers, ‘Saamana’ and ‘Dopahar Ka Saamana’ Executive Editor and MP Sanjay Raut.

The National High Speed Rail Corporation Ltd is executing the mega-project through a soft loan from Japan.

“Just because someone gives us an interest-free loan or with minimal interest, it does not mean that we just take it, snatch lands from our farmers for the project. After all this is like a white elephant which we don’t need at all,” Thackeray declared.

Calling for a rethink, the CM said the 508-km-long project must be discussed threadbare across the table before deciding to go ahead with it considering the financials involved. 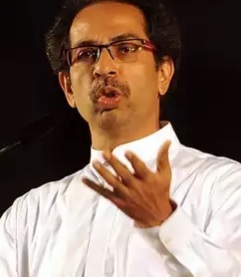 “We need to find out who will really benefit from the Bullet Train project? How many businesses or industries really stand to gain from it. Please explain, then we will go before the public and then decide what needs to be done,” Thackeray said.

On how it is said to be the PM’s ‘dream project’, Thackeray said: “It may be a dream project, it is not our dream. But once you wake up, the reality is right before you. That reality is not the dream.”

It will run 350.53 km in Gujarat, 2 km in Union Territory of Dadra & Nagar Haveli, and the remaining 155.65 km in Maharashtra, passing through Palghar, Thane and Mumbai.