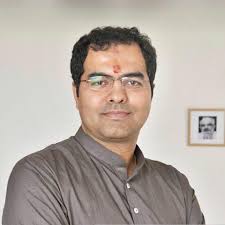 New Delhi, Feb 3 (IANS) Facing a 96-hour ban by the Election Commission for communally divisive remarks, BJP MP Parvesh Sahib Singh Verma on Monday again raised the pitch in the Lok Sabha calling the ongoing Shaheen Bagh protest against the Citizenship Amendment Act (CAA) “anti-national”, and declared that the law will not be rolled back as it is not Rajiv Feroze Khan’s government.

The west Delhi MP also accused the Congress of indulging in “uncounted corruptions” and practicing “vote bank politics” while initiating the motion of thanks on President Ram Nath Kovind’s address as the BJP star speaker.

Verma, the son of late Delhi chief minister Sahib Singh Verma, is among several BJP leaders who have sought to make the anti-CAA Shaheen Bagh protest the central plank of the February 8 assembly elections.

“Shaheen Bagh protest against the CAA is anti-national as the protesters demand for separation of Assam and Jammu and Kashmir from India. They want Jinnah’s azadi… This is not Rajiv Feroze Khan’s government. It is Narendra Modi’s government… CAA will not be rolled back,” Verma said.

The two-time BJP MP also called upon the opposition members to raise the ‘Jai Shri Ram’ slogan, saying it was not a symbol of a religion but of the culture of the country, suggesting that if “you do it your sins will be washed”.

He said the original copy of the Constitution contained images of Lord Ram, Lord Krishna and Lord Hanuman. “A grand Ram Temple will be constructed at Ayodhya. Say ‘Jai Shri Ram’. All your sins will be washed away. I urge opposition members to say Jai Shri Ram. Jai Shri Ram is not religion, it is a symbol of our culture.”

Hitting out at the opposition for raising doubts over the surgical strikes, Verma said the opposition leaders should prepare a questionnaire and be ready to board the plane when the Indian forces plan the next such strike.

Praising the Modi government’s set timelines for each work and efforts in solving pending problems with determination, the MP accused the opposition members of not respecting the mandate of the people who chose Modi by giving 303 seats.

Asserting that Prime Minister Narendra Modi will be re-elected in 2024, Verma said people gave him the full mandate even after the opposition called him “Maut ka saudagar” (merchant of death) and used derogatory words against him. “If he was so bad why did he get a mandate of 303 seats in the 2019 Lok Sabha elections?”