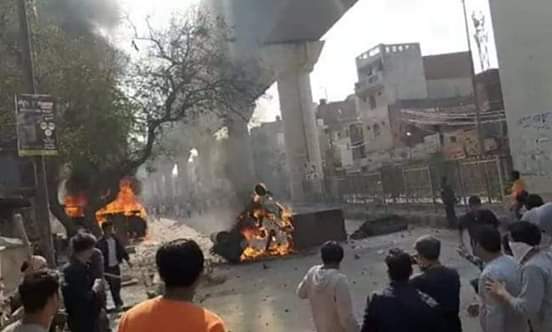 New Delhi, Feb 24 (IANS) Out of the 54 persons who were injured in the Jaffrabad violence, which erupted after pro and anti-CAA groups clashed on Sunday, four persons, including a Delhi Police head constable, succumbed to their injuries on Monday.

Ten policemen, including DCP Shahdara, were injured while one head constable, Ratan Lal, lost his life in the violence. The injured have been admitted to the Guru Teg Bahadur Hospital in Dilshad Garden and Max Hospital in Patparganj.

Rajesh Kalra, Additional Medical Superintendent at GTB hospital, told IANS: “Till now 54 persons have been brought to the hospital. Four people, including one head constable, have lost their lives, while the condition of a few others is serious. We are still receiving patients.”

The condition of three policemen admitted to the Max Hospital is stated to be critical.