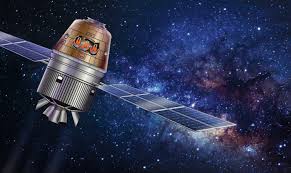 According to the Indian Space Research Organisation (ISRO), its GSLV-F10 rocket carrying the GISAT-1 is expected to lift off at 5.43 p.m. on March 5.

The launch is subject to the weather conditions, the space agency added.

Weighing about 2,275 kg, GISAT-1 is a state-of-the-art agile Earth observation satellite which will be placed in a Geosynchronous Transfer Orbit (GTO) by GSLV-F10.

Subsequently, the satellite will reach the final geostationary orbit using its onboard propulsion system.

A four metre diameter Ogive shaped payload fairing (heat shield) is being flown for the first time in this GSLV flight. This is the fourteenth flight of the GSLV.