No tolerance to anti-Assam-National mentality : PM

Kokrajhar (Assam), Feb 7 (IANS) Prime Minister Narendra Modi on Friday assailed forces spreading rumours that lakhs of people will come to Assam from outside after the enactment of the Citizenship Amendment Act (CAA), and assured the indigenous people of the state that nothing of that sort will happen.

He also assured the Assamese people that the Centre and the state government would try to quickly implement Clause 6 of the 1985 Assam Accord.

The clause pledges to provide constitutional, legislative and administrative safeguards to protect, preserve and promote the cultural, social and linguistic identity and heritage of the Assamese people.

The Union Home Ministry has formed a high-level committee led by retired judge of Gauhati High Court Biplab Sharma to examine the effectiveness of actions taken since 1985 to implement Clause 6 of the Assam Accord, and suggest measures towards that regard.

“I assure the people of Assam that once the committee gives its report, the Centre will act fast. We are not one to delay or keep things hanging. We work responsibly. For years it was hanging. We will complete all these tasks,” he said.

The Prime Minister also said the country, particularly Assam and the northeast, has suffered for years as a result of previous governments keeping “issues hanging and problems unresolved” for the sake of votes and to serve their narrow political interests.

“The politics of blockades and disruptions have given birth to a mentality of working against the nation. Those pursuing such politics and ideals which encourage such mentality neither know India, nor do they understand Assam. Assam has a bonding of the soul and heart with India,” he said.

The Prime Minister was here to attend the 3rd Bodo Peace Accord celebrations.

In an indirect reference to the violent protests against CAA, which led to at least three deaths in Assam in December last year, Modi said, “The country will neither tolerate nor forgive the anti-Assam and anti-national mentality.

“These forces are spreading the canard that lakhs of settlers will come from outside after the enactment of CAA. Nothing of that sort will happen.” 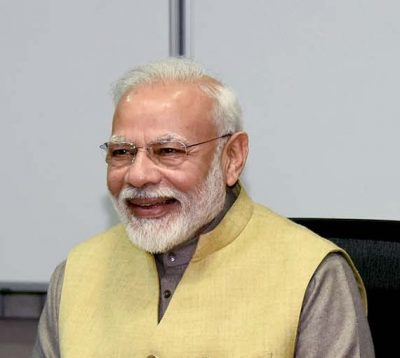