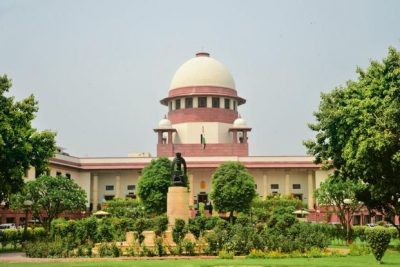 New Delhi, Feb 3 (IANS) The Supreme Court on Monday said it will frame the issues on the legal question, as lawyers argued the court cannot club other issues with Sabarimala, connected with the discrimination faced by women on their entry in religious places.

Many senior advocates — Fali Nariman, Kapil Sibal and Shyam Divan — strongly opposed the nine-judge Constitution bench headed by Chief Justice S.A. Bobde attempting to broaden the contours of the issue, which arise from the controversy over women’s entry into Sabarimala and also including restrictions on women’s entry into mosques and Agiyaris.

But, the Solicitor General Tushar Mehta, former Attorney General K. Parasaran and former Solicitor General Ranjit Kumar opposed this argument. The lawyers said the apex court’s nine-judge bench can decide on the broader issue connected with the interplay between faith and fundamental right, which has been described in Article 25 and 26 of the Constitution.

Senior advocate Nariman contended before the apex court that clubbing new issues will set a new precedent. “How can you think about other issues in a review?” Nariman insisted.

Nariman argued that the court cannot club other issues with Sabarimala. He said it cant frame questions in a review and bring in new issues. He said the scope of review is very restricted.

The Chief Justice said, “No. We will not be deciding these issues. We will only interpret articles involved, invoked in these cases”.

A bench headed by Chief Justice Bobde earlier had said the apex court’s nine-judge bench would wrap all the arguments within 10 days, and it would deal with legal questions essential for framing questions. The court has expressed unwillingness to grant any extension beyond ten days.

The observation had come on Solicitor General Tushar Mehta’s submissions that according to the court’s direction, as per the earlier hearing, the meeting of lawyers could not finalize the common legal questions for the nine-judge Constitution bench to examine. Mehta had told the court, “We could not finalize common questions for the consideration. The top court may consider framing question (under these circumstances).” The court asked Mehta to place before it the issues discussed in the lawyers’ meeting.