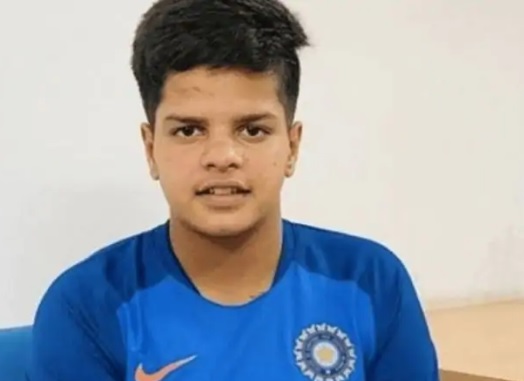 On Thursday, the 16-year-old batswoman won her second Player of the Match award in three games at the ongoing tournament. Her 34-ball 46 against New Zealand took India to their third win in three games – and the semi-final.

She has now collected 114 in the tournament so far and at the age of just 16, she has already scripted a new record. No player has ever scored more runs at a higher strike rate at a single World Cup than the teenage prodigy with 172.72.

“Fantastic performance by our Indian team to become the first team to enter the semi-finals of T20 World Cup. It was a tight game and we played well under pressure. Was great to see Shafali Verma play yet another crucial knock,” Tendulkar tweeted.

To this, Shafali responded: “Thank you sir for your kind words and support! I’ll keep giving my best for the team sir.”

“Wah bhai Wah ! Great effort by the girls to hold on to their nerves and beat New Zealand and qualify for the semi-finals of the T20 World Cup. Shafali Verma is a rockstar. Anand aa raha hai ladkiyon ka performance dekhne mein,” Sehwag tweeted.

To this, the 16-year-old prodigy responded: “Appreciate your kind words sir. Your support means a lot to us. Thank you.”

Former India captain Diana Edulji also praised Shafali and said: “Shafali is a player who will draw a crowd to watch the women’s game. It’s not good to compare but she reminds me of Virender Sehwag.”

“The attacking approach brings freshness to women’s cricket,” she added.

India will now take on Sri Lanka in their final Group A game on Saturday at the Manuka Oval in Canberra.