Tripura all set to start collecting data to prepare NPR

Agartala, Feb 15 (IANS) As part of the country-wide exercise, the BJP-ruled Tripura is getting ready to collect the necessary data to prepare the National Population Register (NPR), officials said on Saturday.

Tripura Census Department Director Pradip Kumar Chakraborty said that to collect the NPR data in Tripura from May 16 to June 29, training of around 11,000 enumerators would start soon.

“Tripura Chief Secretary Manoj Kumar held a meeting with all concerned on Thursday to finalise the plan to collect information for the NPR. The exercise would be done with the involvement of the district administrations,” Chakraborty told IANS.

Many non-BJP ruled states, including Kerala, West Bengal, Rajasthan, Madhya Pradesh and Chhattisgarh have opposed the NPR expressing apprehensions about the exercise. These states, which apprehend that the NPR is a part of the controversial NRC, however, said they would cooperate with the Census operations but not the NPR.

According to Chakraborty, the purpose of the NPR is to build a complete identity database of every common resident in the country and the database would contain demographic as well as biometric particulars.

The Union cabinet had approved Rs 3,941.35 crore for the NPR exercise. The official said that the NPR is a regular exercise which was earlier done in 2010-11 and was updated in 2015.

“This data would be further updated through the 45-day long (May 16 to June 29) exercise this year. No mystification should be on the NPR exercise,” Chakraborty said and appealed to all to cooperate when the enumerators would in the door to door visit.

Opposition Communist Party of India-Marxist and the Congress, however, are separately agitating against the NPR, National Register of Citizens (NRC) and Citizenship Amendment Act (CAA).

The CPI-M central committee member Gautam Das said that as part of their country-wide stirs, they have already undertaken a 48-day long door-to-door campaign from February 4 against the NPR, the NRC and the CAA.

Das, also Tripura state secretary of the CPI-M, said that the 48-day long door-to-door campaign against the NPR, NRC and CAA would culminate on March 23, when three heroes of India — Bhagat Singh, Shivaram Rajguru, Sukhdev Thapar — were hanged to death by the British.

Senior Congress leader Gopal Roy said that as part of the AICC’s programme the party is also regularly holding agitations and campaign against the NPR, NRC and CAA. The NPR is a register of the usual residents of the country.

The NPR is being prepared at the local (village/sub-town), sub-district, district, state and national levels under the provisions of the Citizenship Act, 1955 and the Citizenship (Registration of Citizens and Issue of National Identity Cards) Rules, 2003. 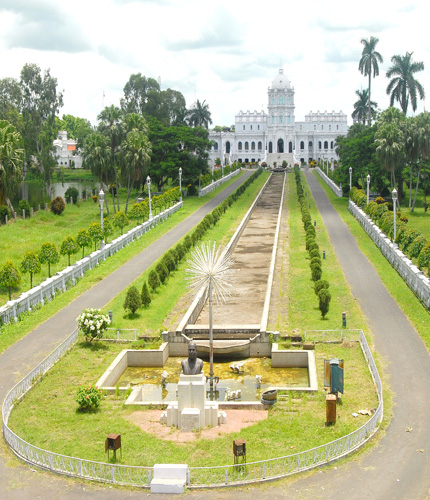