17 injured in UP Holi skirmishes 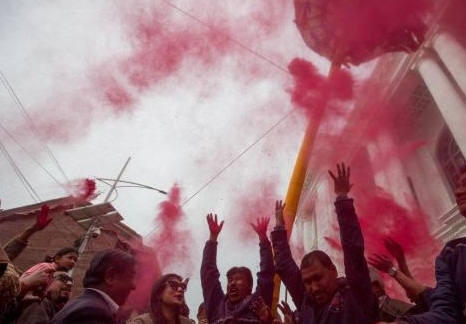 Etah (Uttar Pradesh): Seventeen people were injured on Tuesday in a clash between two groups over dancing during the Holi festival.

While seven people in Nagla Naya village suffered injuries in firing, 10 others were injured after being hit by brickbats, the police said.

Two of those injured in firing were referred to Agra hospital while others have been admitted to Etah hospital.

The situation was brought under control and necessary precautions were being taken. Additional forces have been deployed in the village.