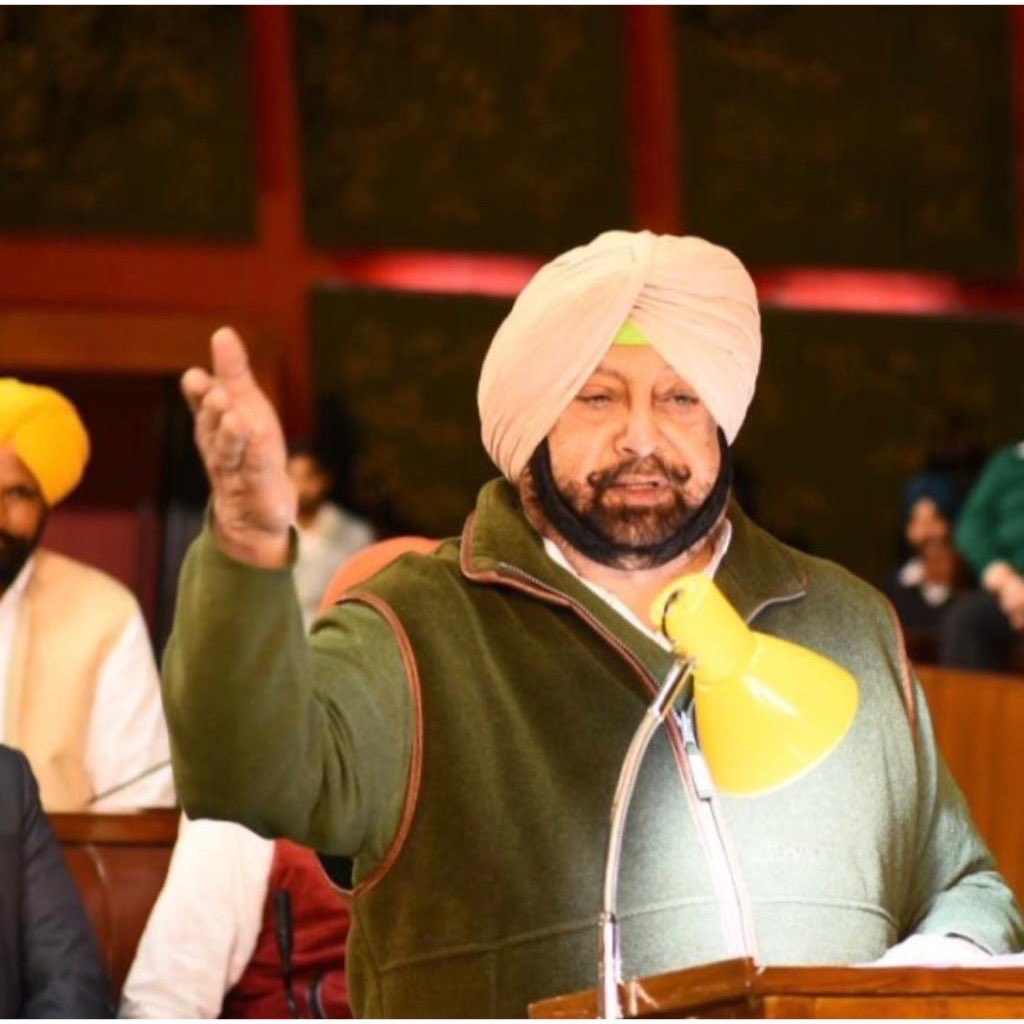 Chandigarh :Punjab Chief Minister Amarinder Singh on Tuesday ordered withdrawal of 1,300 policemen from the VIP duties, including from his own security, and their deployment in the battle against the coronavirus.

Foreseeing critical times ahead, the Chief Minister also ordered extension in service to all retiring police personnel and Home Guards by two months to strengthen the citizen outreach programme.

To ease the pressure on the police force, of whom 44,546 were in out the field on Tuesday to enforce restrictions and conduct relief operations, he took the decision to withdraw the cops from VIP duty, a government spokesperson said.

Earlier, Amarinder Singh had authorised Director General of Police (DGP) Dinkar Gupta to pull out any number of police personnel from his personal security, or that of other VIP protectees, for deployment for the coronavirus crisis management, as he may deem fit.

Expressing concern about the welfare and morale of thousands of police personnel, who had been performing field duties without rest or relief, the Chief Minister had directed mobilization of maximum police force through withdrawal from security duties.

The DGP said further withdrawals would be made based on evaluation of the threat perception, which was in progress, and through graded reduction.

The DGP said due care was being taken to deploy the police personnel in their home districts as far as possible.

The Chief Minister, who is personally monitoring and reviewing the COVID and curfew-related situation on a day-to-day basis, has also asked the police and civil administration to ensure all steps to protect and provide for the homeless and the migrant labour stranded due to the 21-day nationwide lockdown.

In this connection, he spoke to Bihar Chief Minister Nitish Kumar and apprised him of the arrangements made for such migrants from Bihar.

Amarinder Singh also asked Kumar to assure the families of these migrants back in Bihar that they were being fully looked after by Punjab and Punjabis during these testing times.

To boost the morale of the frontline workers, Amarinder Singh continued to reach out to the doctors, police and administrative officials working in the field and personally spoke to several of them during the day.

He assured them of the state government’s full support in their war against this unprecedented crisis.

DGP Gupta said 107 first information reports (FIRs) were registered for violation of curfew and home quarantine restrictions on Tuesday and 132 persons were arrested.

The police teams across districts also continued with the relief operations.

A total of 1.42 crore cooked and dry meals were distributed among those in need, including migrants, construction workers, daily wagers and others who have no access to resources.

More and more religious organisations are extending support to the state government in relief work.

After Radha Saomi Satsang Beas and Sant Nirankari Mission, the head of Namdhari sect, Satguru Uday Singh, has now offered to the state all support and cooperation in its battle against COVID-19.