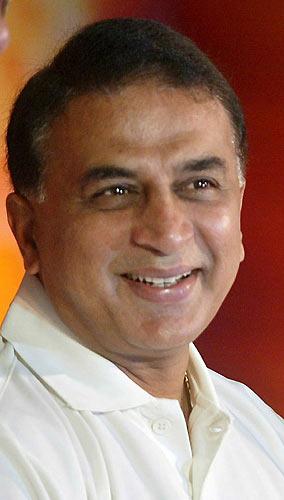 New Delhi: Former India captain Sunil Gavaskar has heaped praise on Harmanpreet Kaur and girls, saying their performance in the Women’s T20 World Cup 2020 was top class and that they made the country proud.

A record-breaking attendance for a women’s cricket match of 86,174 watched on as Australia downed first-time finalists India by 85 runs at the MCG on Sunday.

“Well, first, the Indian team’s performance in the entire tournament has been top class. Yes, they had a bad day at the office today in the finals against a team that seemed to be charged up in front of their home crowd of 85,000 people,” Gavaskar told India Today in an exclusive interview.

“The moment they got off to a terrific start, the Australians had taken the game away from the Indians. There is no shame in losing at all because of the performance right throughout the tournament,” he added.

The Indian team had remained unbeaten throughout the tournament before the finals where they just succumbed to pressure and were outplayed by Australia who won their fifth Women’s T20 World T20 trophy.

“This is what sport is all about, there will be winners and there will be losers. But the way they played throughout the tournament, this Indian women’s team has won countless hearts in those who follow Indian cricket,” said Gavaskar.

He further said that the Indian eves should receive as grand a welcome as they would have had they won their maiden ICC World T20 World Cup title.

“We have to welcome them back as robustly as we would have if they had won because getting to the finals is a big achievement. It’s a learning curve. In the future, they would be competing in a much better manner.

“This Indian women’s team has done us proud. Never mind the result in the final. You have still made us hold our heads up high. Wish you all the best in the future,” the former India skipper said.

Meanwhile, Gavaskar further urged BCCI President Sourav Ganguly to come up with a plan to organise a Women’s Indian Premier League (IPL) in the country from 2021.

“To Sourav Ganguly and the BCCI, I would like to say, maybe next year, look at having a women’s IPL because that will unearth a lot more talent. There is already a lot of talent which we see and that will come to the fore with this performance of this Indian team throughout this tournament.

The BCCI has hosted Women’s IPL exhibition matches in the last two years but has said a full-fledged tournament will take some time to take shape. In this year’s Women’s T20 Challenge tournament, a total of seven matches will be played in the tournament during the IPL Playoff week in Jaipur.

“Even if there are not 8 teams, a Women’s IPL will make a lot of sense. There will be a lot more exposure for women. A lot more talent, which is there but we don’t know at the moment will come to the fore. And then, as the years go by, Indian women’s team will start winning a lot more trophies,” he added.

Legendary spinner Bishan Singh Bedi said that the Indian team should not feel despondent and should not shed tears in public.

“No need to feel despondent India…You did very well to reach the finals…And you had plenty of sunshine in Australia…better luck and determination next time…a personal request…girls please try and avoid showing tears in public…not after losing anyway…tears are a personal property for ever!” Bedi tweeted.