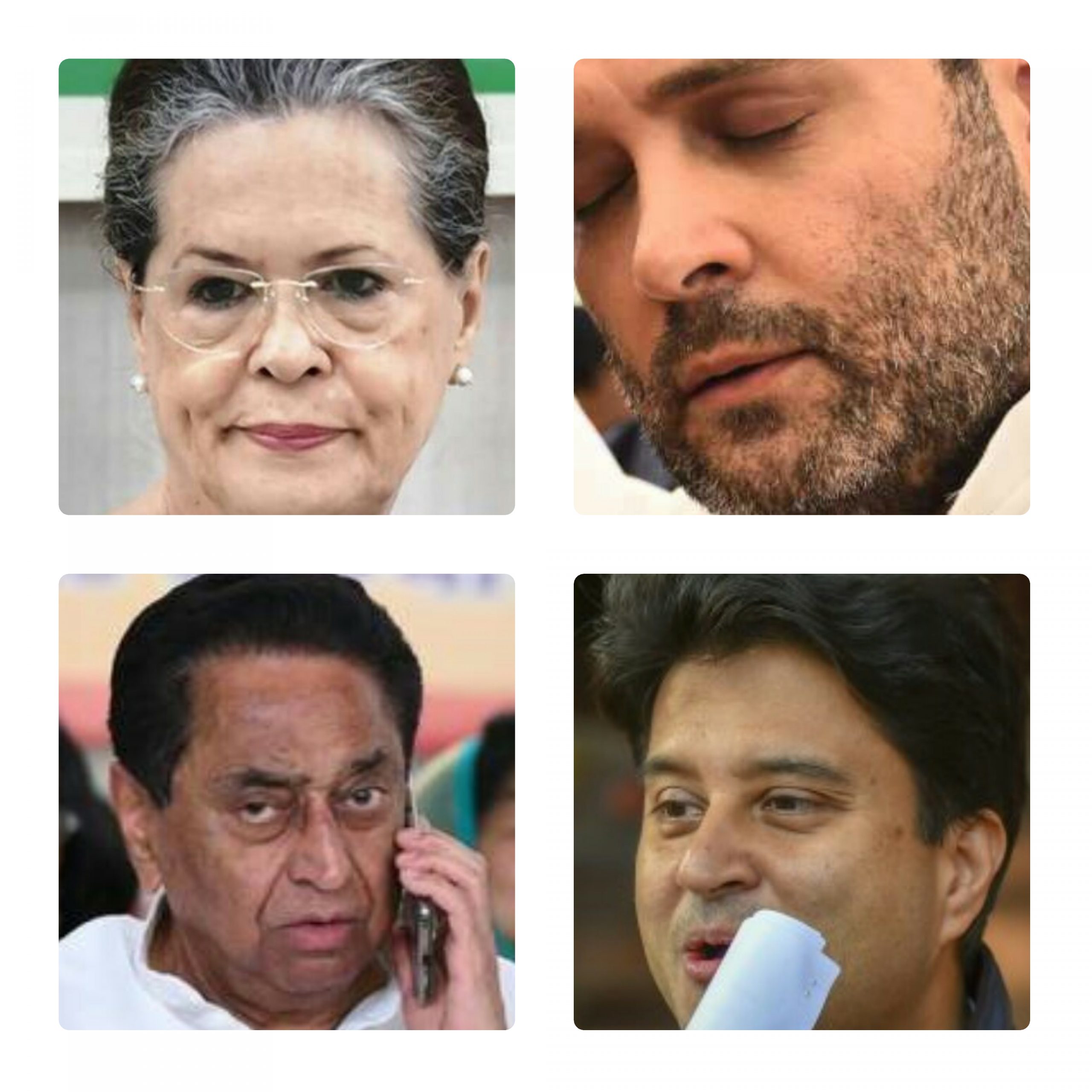 New Delhi: Even as Chief Minister Kamal Nath took resignation from his ministers in Madhya Pradesh amid the political crisis that erupted on Monday as a last gap attempt to save the 15-month old state government, former Congress chief Rahul Gandhi rushed to the residence of his mother and party interim Presidemt Sonia Gandhi here.

According to party sources, Rahul Gandhi reached the residence of Sonia Gandhi at 10 Janpath to discuss the political crisis in Madhya Pradesh after several MLAs close to former Union Minister Jyotiraditya Scindia flew to Bengaluru and went incommunicado.

Scindia is considered close to Rahul Gandhi and sources said that Sonia Gandhi might ask him to speak to the former MP from Guna.

As per sources, a legislative party meeting of the Congress will take place in Bhopal on Tuesday evening.

Earlier in a late night development, 16 ministers of Kamal Nath government resigned in a bid to save the government. The ministers resigned asking the Chief Minister to reconstitute the cabinet.

The ministers resigned after a meeting was held with Kamal Nath at his residence after he returned from Delhi on Monday evening.

The Kamal Nath-led Congress government in Madhya Pradesh was left tottering as 10 MLAs close to Scindia, including some ministers, were on Monday flown to Bengaluru in BJP-ruled Karnataka by a chartered flight.

According to airport sources in Delhi, 10 persons, including Bankim Silawat, the son of Congress Minister Tulsi Silawat, and Scindia’s close aide Purushottam Parashar, flew from the national capital to Bengaluru in a Falcon 2000 aircraft.

A source said that the chartered flight left from Delhi at 8 a.m. and reached Bengaluru at 10.20 a.m. When asked who booked the flight, the source refused to share any detail.

“The MLAs were whisked away from the old HAL airport soon after landing to a resort in the suburb of Whitefield,” said a party source in Bengaluru.

The shocker for the Madhya Pradesh government came on a day when Kamal Nath met Sonia Gandhi at her residence in New Delhi and briefed her about the current political situation in the state following last week’s attempt to topple the government.

Soon after returning from New Delhi on Monday evening, Kamal Nath was huddled in a meeting with veteran Congress leader Digvijaya Singh and senior Cabinet colleagues at his residence.

The party witnessed a political slugfest over the last few weeks, giving a scare to the state government.

Since Scindia lost in the May 2019 general elections from the Guna Lok Sanha seat, he has been trying to become the party’s state unit chief, a post which the Chief Minister continues hold on to, despite this being against the party’s ‘one man, one post’ principle.

A tussle is also underway between Nath and Scindia over the filing of three nominations for the ensuing Rajya Sabha elections scheduled for March 26.

Last week, 10 MLAs had gone ‘missing’ but eight of them have returned to the state since, the latest being Congress’ Bisahu Lal Singh, who met Kamal Nath in Bhopal on Sunday after returning from Bengaluru.

Two MLAs, Raghuraj Singh Kansana and Hardeep Singh Dang, have still not been traced. Dang had sent his resignation to the Speaker and Kamal Nath.

Meanwhile, three rebel BJP MLAs met Chief Minister Kamal Nath last week. Of them, two have openly revolted but the third one, Sanjay Tripathi, has said that he was not leaving the BJP.