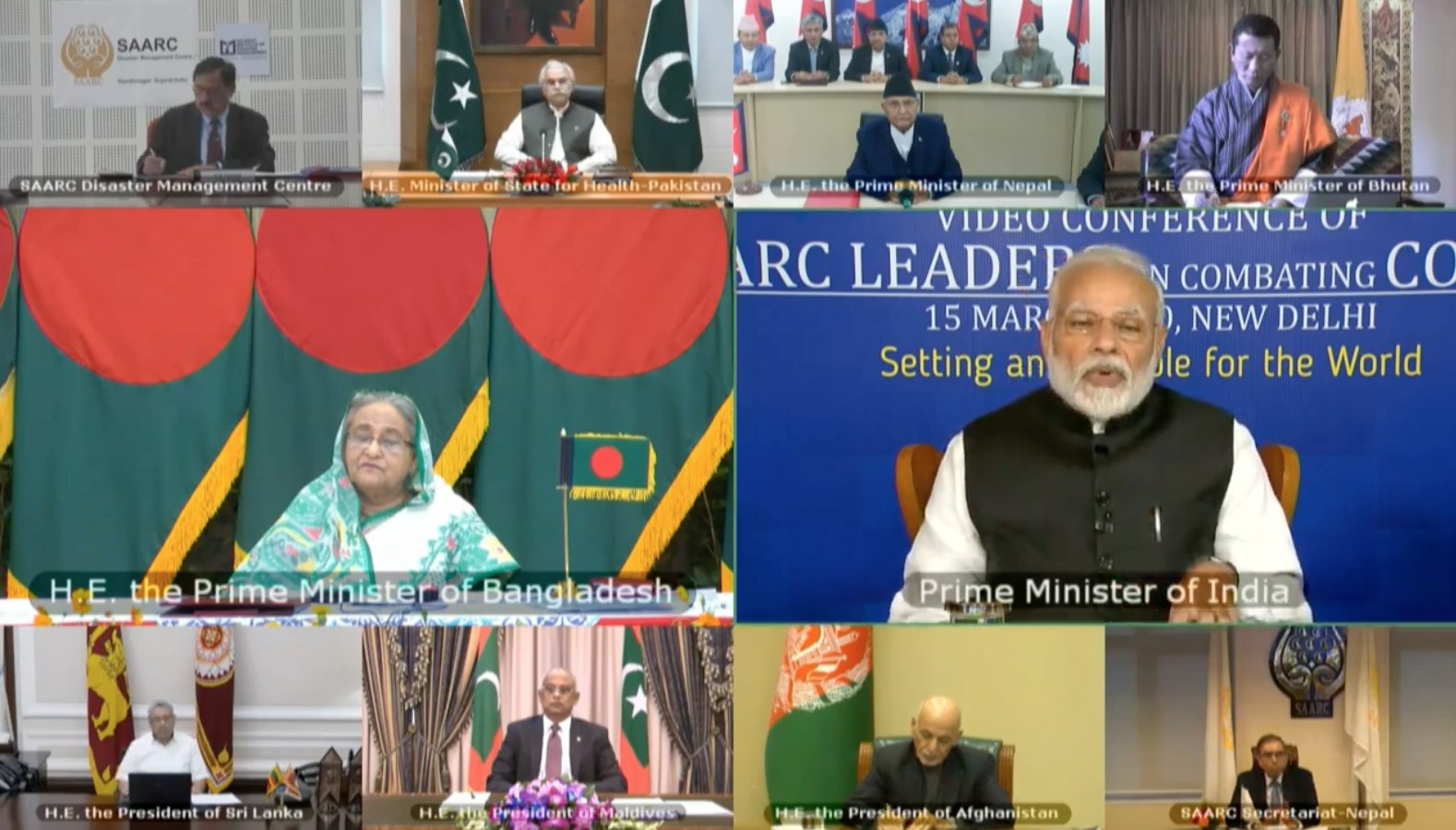 New Delhi: While all other countries were discussing humanitarian crisis of the coronavirus pandemic that has hit the world, Pakistan raked up Kashmir during the South Asian Association of Regional Cooperation (SAARC) video conference initiated by Prime Minister Narendra Modi on Sunday.

The video-summit was significant because since 2016, SAARC, comprising eight countries of South Asia, had been mostly inactive.

Prime Minister Narendra Modi had refused to attend the 2016 SAARC summit which was to be held in Islamabad, following the Uri terror attack perpetrated by Pakistani terrorists. After Bangladesh, Afghanistan and Bhutan also withdrew from the meet, the summit had been called off.

SAARC summits are held biennially and hosted by member-states in alphabetical order. The last summit was held in 2014 at Kathmandu.

In an unprecedented move in the diplomatic history of the world, India’s Prime Minister Narendra Modi proposed to hold a web-summit of SAARC countries today in view of the WHO advisory to avoid public gatherings. The proposal was welcomed and accepted by other members of the SAARC — Afghanistan, Bangladesh, Bhutan, the Maldives, Nepal, Sri Lanka and Pakistan.

However, Prime Minister Imran Khan did not attend the summit and sent his special assistant for health, Zafar Mirza, as his representative who in turn raised the issue of Kashmir. 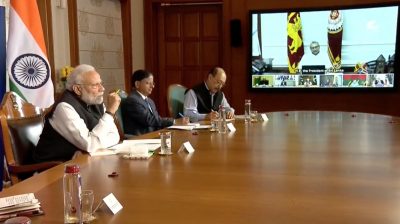 Government sources in New Delhi said Pakistan attempted to politicize a humanitarian issue by harping on Kashmir. “India had demonstrated its political will to bring together regional partners in the moment of crisis. India could have chosen to drop Pakistan, but but we did not. We invited Prime Minister Imran Khan to attend the SAARC web-summit in view of the humanitarian crisis that has hit the entire world,” an official said.

Official sources said that Prime Minister Khan’s special assistant came across as uncomfortable during the summit. “He was given a scripted chit during the summit. Pakistan’s pitiable and churlish behaviour was for everyone to see. It got exposed once again,” an official said.

Incidentally, Zafar Mirza has been accused of smuggling masks out of Pakistan during the pandemic and is being probed by Pakistan’s federal investigation agency.

Pakistan, official sources said, was the only country that appeared ungracious at the summit. “There was no acknowledgement and appreciation of the initiative for regional cooperation that India took. Pakistan did not even show the courtesy to thank Prime Minister Modi for the effort he made to reach out. All the leaders of the region were there, including Nepal’s Prime Minister K.P. Sharma Oli who has recently undergone surgery,” an official said.