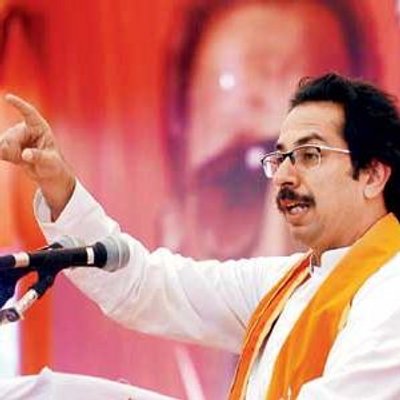 Ayodhya: On completion of 100 days of the Maha Vikas Aghadi government in Maharashtra, Chief Minister Uddhav Thackeray on Saturday arrived in the holy city for a ‘darshan’ of Ramlala, the presiding deity of the Ayodhya temple.

Thackeray is accompanied by his wife, who is also the editor of Shiv Sena mouthpiece Saamana, Rashmi Thackeray, and their son, Aaditya Thackeray, a minister in the Maharashtra government.

Many seers and Hindu Mahasabha’s district chief Rakeshdhar Mishra opposing Thackeray have been detained with police personnel having been posted outside their residences. Hindu Maha Sabha mahant Parashuram Das has also been detained, police sources said.

Among the other detainees are seer of Tapaswi Cantt, Sant Paramhans, and Hanumangarhi ‘mahant’ Raju Das. All these religious heads had announced their opposition to Thackera’s trip and decided to show black flags to the visiting Chief Minister.

Thackeray will pay obeisance at the temple and take a ‘darshan’ of Hanumangarhi. But he is not scheduled to conduct ‘Saryu aarti’ nor take part in a public gathering.

Thackeray reached Lucknow’s Amausi airport by a special flight around 1.15 p.m and drove to Ayodhya.

It is Thackeray’s first visit to Ayodhya after becoming the Maharashtra Chief Minister, although he has thrice visited the holy city.