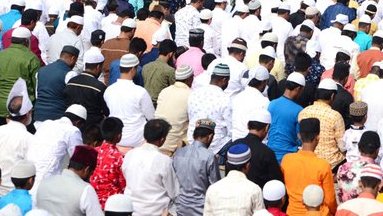 New Delhi:There are at least 647 confirmed cases of coronavirus found to have links with Tablighi Jamaat in the last two days, the government said on Friday.

“As many as 157 patients have recovered. In the last two days, 647 confirmed cases in 14 states in the country have found links with Tablighi Jamaat.”

The states from which these cases of linkage with Tablighi Jamaat congregation have been reported are Andaman and Nicobar, Assam, Delhi, Himachal Pradesh, Haryana, Jammu and Kashmir, Jharkhand, Karnataka, Maharashtra, Rajasthan, Tamil Nadu, Telangana, Uttarakhand and Uttar Pradesh, said the Health Ministry.

The Joint Health Secretary said the cases had spiked recently due to a particular reason, indicating the Tablighi Jamaat episode.

“Otherwise, our efforts to promote lockdown and social isolation were resulting in less number of cases,” he said.

“The Home Ministry has blacklisted at least 960 Tablighi Jamaat related foreign nationals who were in India on tourist visas. At least 360 people who participated in Tablighi Jamat activity but have gone back to their countries, the ministry is in the process of blacklisting them as well,” said Srivastava, adding “all DGP and commissioner of Police have been instructed to take strict actions as per Disaster Management Act and Foreigner Act against all visa violations”.

A cluster transmission of COVID-19 was reported as a religious congregation ‘Tablighi Jamaat’ was recently organised at Markaz Nizamuddin in the capital, after which a number of coronavirus cases, including casualties, allegedly shot up in the country in the last few days.