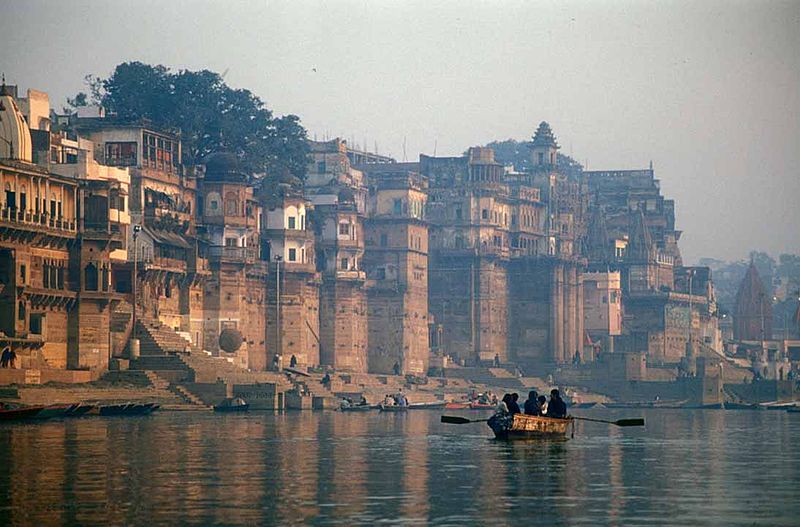 New Delhi:A group of 100 army veterans devoted to reviving river Ganga’s pristine nature has written to the Prime Minister to conduct detailed research to assess the capacity of Ganga water against biological challenges such as coronavirus.

The group which goes by the name, Atulya Ganga claims that “Ganga water can help to cope with the epidemic of coronavirus and thus protection of the curative properties of Ganges is very important. As you already know that Ganga has already rescued civilization from disaster, and might be able to save us from the Corona epidemic,” Gopal Sharma, founder of Atulya Ganga said.

“The Ganges bears a nectar element called Gangtva (Bacteria that feeds on the virus), the hallmark of our great civilization on the river. There was a time when those bacteriophages were present in four of the world’s main rivers. The remaining three rivers and their civilizations were struck by rapid industrialization and developments. Now Ganga exists as the only one that has this nectar element,” he added.

The group claimed that Ganga water has been proven to be capable of defending against various bacteria and viruses.

“In various studies, it has been shown that even bacteria from serious diseases such as cholera, dysentery, meningitis, tuberculosis do not thrive in the water of the Ganges. We assume in the current corona crisis that the Gangtva of Ganga is capable of defending against this virus,” the group said in the letter. The team has now demanded that Prime Minister Narendra Modi as well as the Jal Shakti Minister pursue a detailed research to see if the Ganga water can combat biological ‘attack’ like coronavirus.

“We would like to request you to perform a detailed research to test Ganga water’s possible competence in combating resistant bacteria. So that in situations like battling potential unexpected diseases and biological attacks like corona, the value of Ganga water can also be appreciated,” the team requested in the letter.

Atulya Ganga is a team of ex-military officers who earlier announced a walk along the banks of the Ganges from Gomukh, the origin of the Ganges, to the Bay of Bengal, in what they claim was world’s first ever Mundaman Parikrama. The walk is expected to begin in August this year. Organisations like Google and premium education institutes like IIT Delhi are also partners of Army veterans in the journey.

During the journey the group will examine all points such as pollution levels and water flow in the Ganges river. Geotagging will also be done. ‘Mundaman Parikrama’ will take around seven months to complete, during which the veterans plan to hold public meetings to mobilise participation of more people living along the river towards the cause that has both environmental and religious significance.