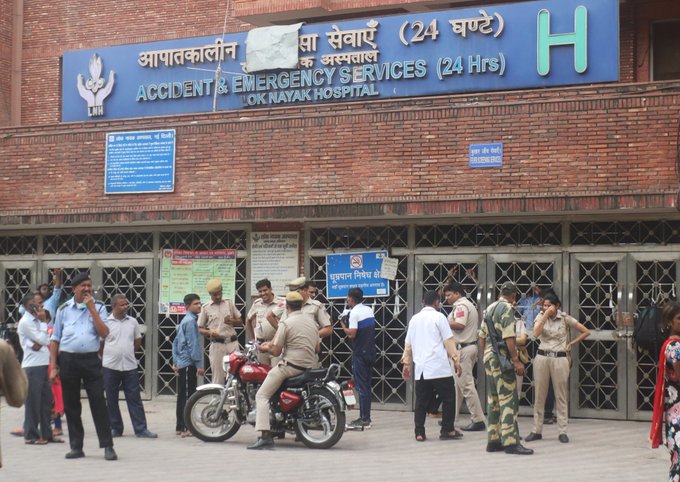 New Delhi: A coronavirus suspect has mysteriously gone missing from the ‘corona centre’ of the Lok Nayak Jai Prakash hospital. The 22-year-old suspect, a native of Paladi Khurd village in Haryana’s Sonipat district, was admitted here on April 10. Moreover, his coronavirus test report is yet to come.

A source in Delhi Police said on Saturday that the man was admitted in the Ward-31 of the COVID-19 care centre here. His test report is yet to come. It is believed that he escaped from the hospital during midnight of April 16.

Acting on the information, Central District DCP Sanjay Bhatia has launched a search operation to find out the man. He has also sent out an alert to the places where the suspect can be hidden.

A senior police official told IANS: “He is seriously ill and can spread infection in the society. Also, he could be targetted by people or can flee from the country. Hence, nearby states have been alerted.”

Confirming the incident, Bhatia said he is being searched and the police are also trying to figure out why he took this step?