I have nothing to hide: Kerala CM on data transfer 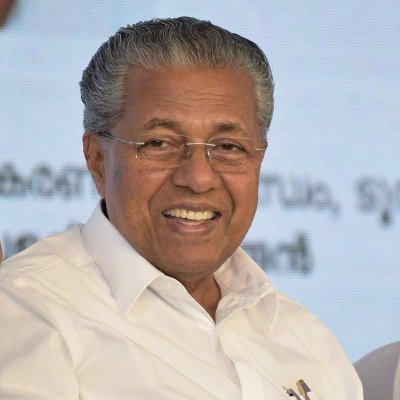 Kochi/Thiruvananthapuram: Kerala Chief Minister Pinarayi Vijayan on Wednesday asserted he has nothing to hide on the transfer of coronavirus data to Sprinklr, a US-based PR and marketing company.

“I have made my position very clear…I have nothing to hide and so I don’t have any fear and those who claim to have the proof of the allegations, let them come out with it,” said Vijayan.

“All that I have said on this in the past few days is I do not have time to waste on allegations. Perhaps those who raise this (opposition Congress) see themselves when they do such acts. I have come a long way and I have never resorted to any such ways,” said Vijayan.

In reply to a question on the Kerala High Court taking up the data scam issue, he said it’s only “natural that the court would ask for clarifications”.

Earlier in the day, leader of Opposition Ramesh Chennithala moved the Kerala High Court demanding cancellation of the Sprinklr contract.

Chennithala has also demanded that all those whose data had been transferred should be compensated by the Chief Minister and the IT Secretary.

The High Court is already hearing one such petition. On Tuesday, the court had slammed the Vijayan government and posted the case for Friday.

Meanwhile, CPI-M General Secretary Sitaram Yechuri told media in Delhi that since the matter was sub judice, he was unable to speak on it. “Right now, all should concentrate on tackling the pandemic,” said Yechuri.