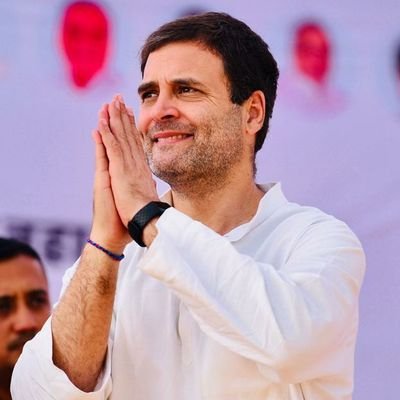 New Delhi: Congress leader Rahul Gandhi has suggested that the government should isolate virus hotspots and allow business to reopen in other areas.

He slammed the government for the blanket lockdown as the poor have suffered. In a tweet on Monday, he said, “The one-size-fit-all lockdown has brought untold misery and suffering to millions of farmers, migrant labourers, daily wagers and business owners. ” he tweeted 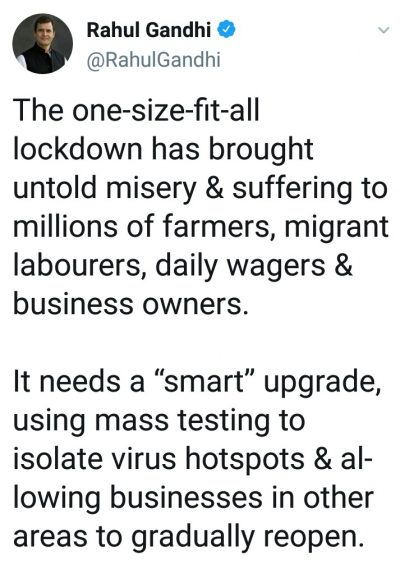 The former Congress President said, “It needs a smart upgrade, using mass testing to isolate virus hotspots and allowing businesses in other areas to gradually reopen,” he said further in his tweet.

After the Prime Minister’s announcement of the extension of nationwide lockdown, the Congress has questioned the government strategy to help the poor. It has also asked the Centre to spell out the strategy with regards to testing people for coronavirus.

The Congress had earlier demanded the phase wise lifting of the lockdown and suggested slew of measures, while party President asked for free ratio to poor the party and senior leader Anand Sharma demanded stimulus package for MSME and Industry.

The Congress chief Sonia Gandhi said on Monday, “Ten kg grain per person may be provided free for six months to those who may be facing food insecurity but not having ration cards. I would like to bring to your notice that all migrant labourers may not be holding NFSA cards. In addition, many deserving people have been excluded from the NFSA lists.”