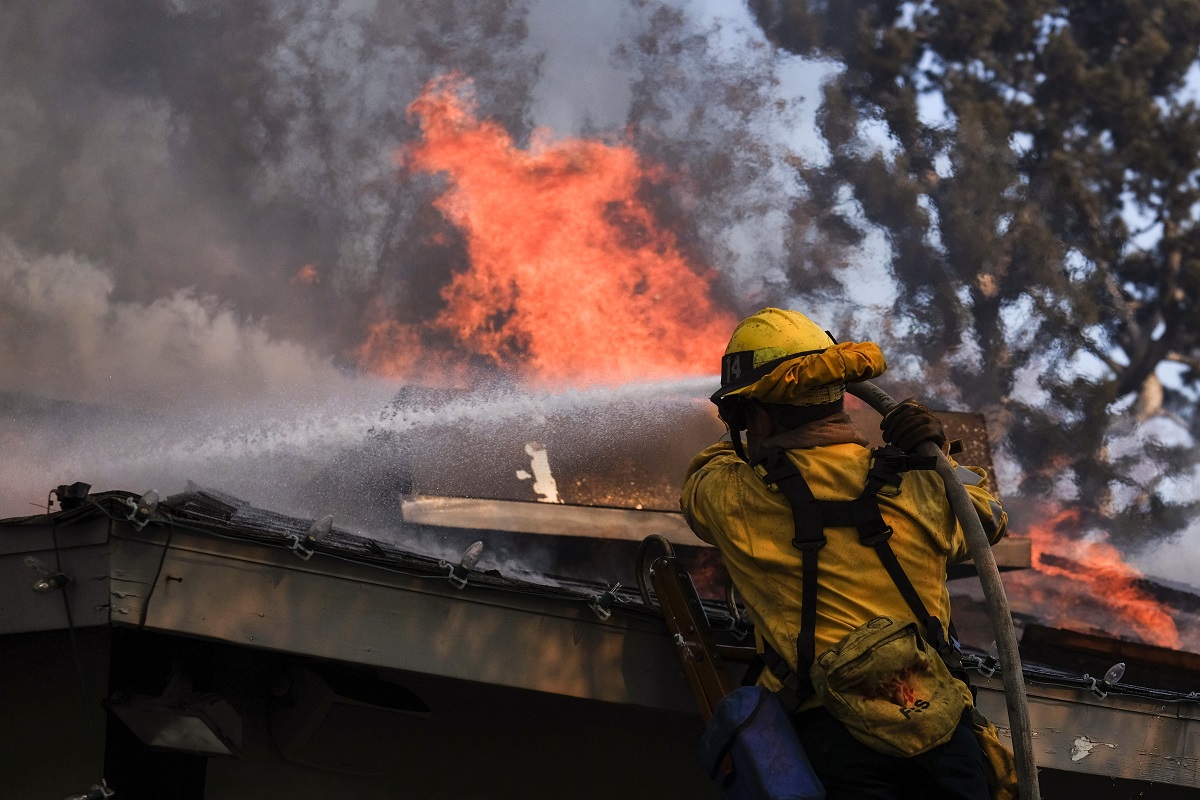 Los Angeles: Eleven firefighters were injured in an explosion inside a building in Los Angeles, authorities said.

The Los Angeles Fire Department (LAFD) tweeted that the blaze inside the one-story commercial building was reported at 6.26 p.m. on Saturday, reports Xinhua news agency.

“As firefighters were making their entry in and finding the seat of the fire, there was a significant explosion,” LAFD Captain Erik Scott told a news briefing.

“Over 230 firefighters are responding. Firefighters have moved to a defensive posture for fire attack, and a medical branch has been created for treating and transporting injured firefighters,” the LAFD said in a fire update later.

Officials said that three of the injured firefighters were in critical, but not life-threatening, condition.

The business at the building, called Smoke Tokes Warehouse Distributor, is “a supplier for those who make butane honey oil”, according to officials.

The cause of the fire is under investigation.

“My thoughts are with our brave @LAFD firefighters. Closely tracking this situation as we continue to get more information,” Los Angeles Mayor Eric Garcetti tweeted. (IANS)