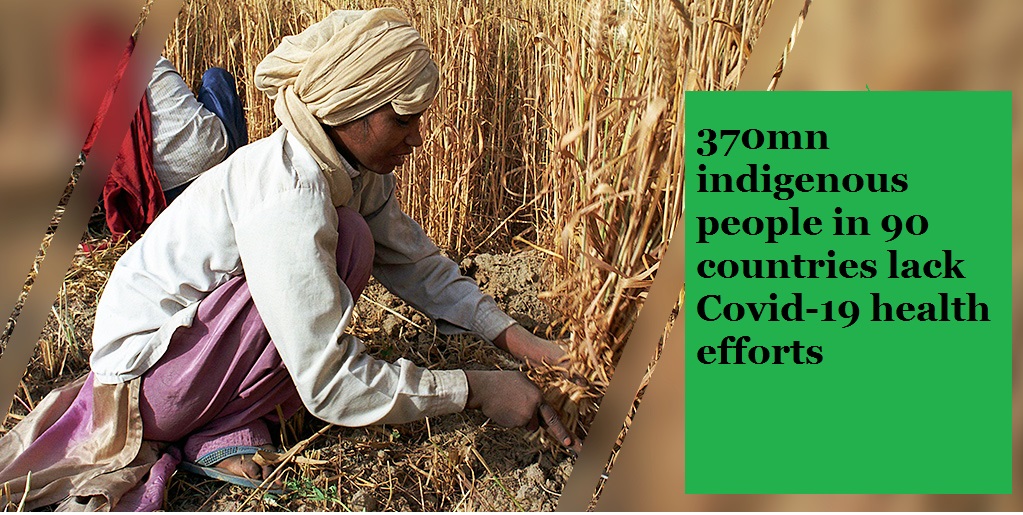 New York: As the world scrambles to fight coronavirus pandemic that has affected more than 4.6 million people, little attention has been paid to indigenous populations worldwide who may be especially vulnerable to Covid-19 but are largely excluded from most national or regional efforts to curb the spread of the disease, according to new research.

According to the World Bank, over 370 million indigenous people inhabit over 90 countries, in both rural and urban areas.

Even in high-income countries, indigenous groups like the Navajo have been hit hard by COVID-19, with per capita infection rates rivaling those of New York and New Jersey.

To address this, a team of anthropologists, physicians and tribal leaders has developed a strategy for mitigating the impact of COVID-19 among the Tsimane, an indigenous population in the Bolivian Amazon.

“They hope to provide a general template that can be applied to other indigenous groups, and to promote a wider discussion on how to adapt strategies to local circumstances, with the goal of minimizing harm to indigenous populations due to the SARS-CoV-2 pandemic,” said the study published in the journal The Lancet.

“In Bolivia, most attention is focused in the cities, where the pandemic first appeared. Indigenous communities have not been part of any organizational plan,” said Daniel Eid Rodriguez, the paper’s co-author and a physician working with the Tsimane Health and Life History Project since 2005.

To reach a wider audience, the authors have published their paper not only in English, but also in Spanish, Portuguese and French — languages spoken in countries where many indigenous people reside.

“We’ve been working with the Tsimane and other indigenous groups in Bolivia for almost two decades,” said Gurven.

While every individual around the world is vulnerable to COVID-19 because it is new and no one has developed any immunity, many indigenous communities are at additional risk because of widespread respiratory illness, including prior history of tuberculosis, bronchitis and lower respiratory tract infections and compromised immune function.

Though health clinics may be present in rural areas, access and resources such as medication, portable oxygen and other treatments may be very limited.

“Indigenous elders are at greater risk because of their age and comorbidity; yet they are crucial for helping to pass on long-standing traditions. They are ‘walking libraries,’ the ones who transmit cultural practices, native language and rituals that are crucial to indigenous identity”.

The authors hope their paper will serve to affect policy and call for action.

“Our article is directed toward the heads of state in countries with indigenous peoples, tribal leaders, scientists, health care workers, missionaries and non-governmental organizations that work with tribal peoples,” said Kaplan. (IANS)