4 NDRF teams being airlifted to Bengal for restoration work 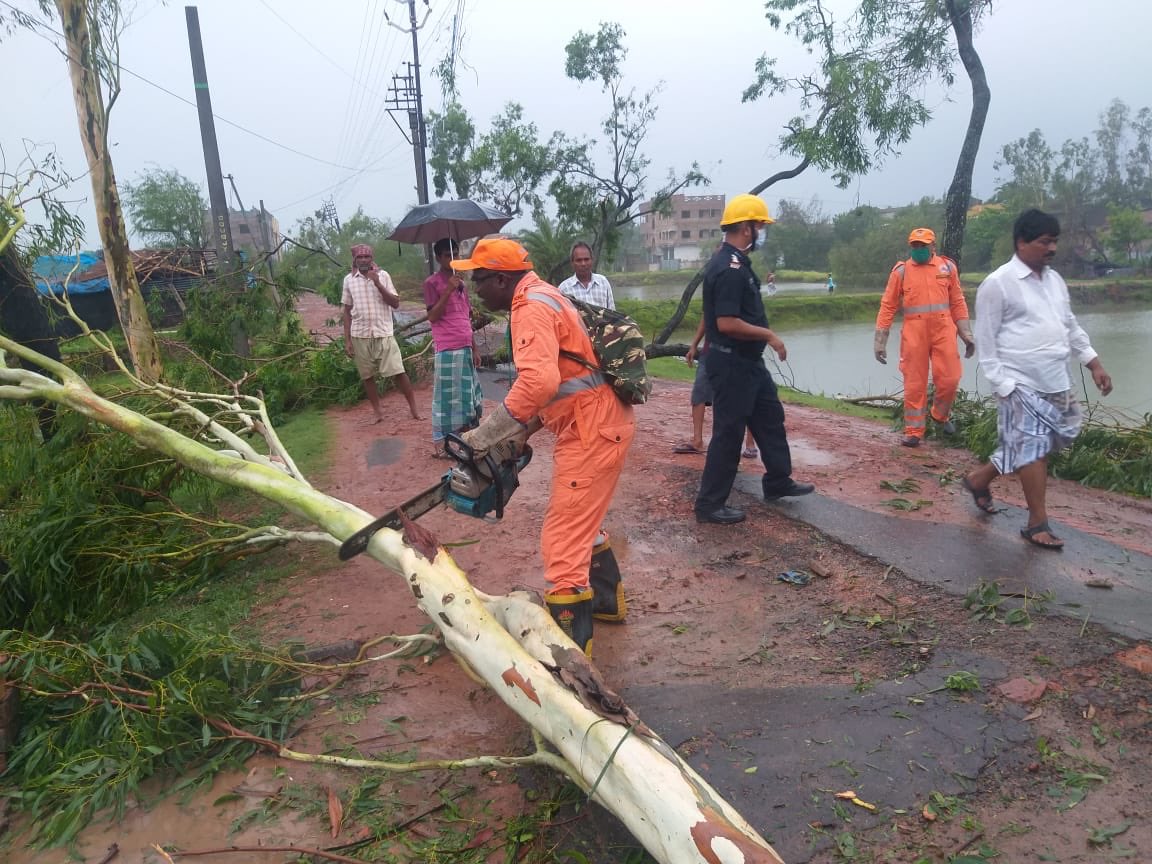 New Delhi: The National Disaster Response Force on Thursday said that four additional teams are being airlifted to West Bengal for restoration work, a day after the state suffered the wrath of Cyclone ‘Amphan’.

The decision came after the Union Cabinet Secretary held a meeting with the West Bengal and Odisha Chief Secretaries to estimate the damage and response pursuant to the savage cyclone.

Addressing a press briefing, NDRF Director General S.N. Pradhan said that the team will reach Kolkata Airport by 7.30 to 8.30 p.m. “West Bengal has suffered huge damage, and, on their request, four teams are being sent for restoration purposes.”

NDRF had earlier deployed 21 teams in West Bengal, which became active as the cyclone struck late afternoon on Wednesday. Meanwhile, 20 teams were positioned in Odisha.

He further announced that Odisha did not suffer much damage and the life in the state will return to normalcy in the next 24 to 48 hours. “Over 2,37,296 people were evacuated in Odisha but some of them have started to return back to their homes.”

While Odisha was spared the worst of ‘Amphan’, the Sunderbans region and six south Bengal districts felt the full impact of winds gusting at 185 kmph along with torrential rain after the cyclone made landfall near Sagar Island around 2.30 p.m. on Wednesday and entered Kolkata around 5 p.m.

Director General of India Meteorological Department (IMD) Mrutyunjay Mohapatra said that the observed track of Amphan was forecast very well by the weather agency which resulted in minimal damage.

“The cyclone crossed over to Bangladesh at 11.30 p.m. on Wednesday. It has now weakened to a deep depression in Bangladesh.”

He added, “50-60 kmph wind speed expected in Bangladesh and Meghalaya for next 3 hours, this is not expected to cause any structural damage, can at most affect some trees, no strong winds expected tomorrow.”

The Director General said that very to extremely heavy rainfall is expected in Assam especially in western part and in Meghalaya. Arunachal Pradesh will also receive some rainfall at isolated places. (IANS)