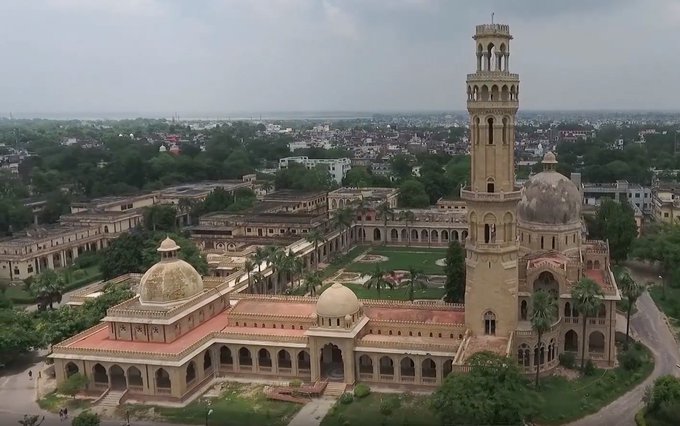 Prayagraj : As many as 12 out of 15 members of Allahabad University’s (AU) Executive Council, the apex decision-making body of the varsity, are not in favour of changing the name of the central university to Prayagraj University.

The Union ministry of Human Resource Development (HRD) recently asked the university administration to seek opinion of all members of its Executive Council (EC) through e-mail.

The move comes after Allahabad was renamed as Prayagraj by the Yogi Adityanath government in October 2018.

The university, however, continued as Allahabad university.

PRO of Allahabad University, Shailendra Mishra, said that the EC members were requested to inform about their stand by the registrar Prof N K Shukla following instructions from the HRD ministry.

Twelve members have conveyed their unwillingness on changing the name of the university, he said.

Three remaining members of the executive council did not respond, the PRO added.

He said that the views of the EC members had been conveyed to HRD ministry on Monday.

As per rules, the proposal to change the name of Allahabad University has to be passed by the EC and sent to HRD ministry, following which it will be tabled in the Parliament since it is a Central university.

After being passed by the Parliament, the proposal would be sent to the President for approval and necessary changes can be made in the university’s act, statues and ordinances.

The HRD move was being seen as a precursor of the Centre formally seeking a proposal in this regard from AU if majority of EC members were found in favor of changing the name.

The fresh communique from HRD ministry is in continuance of its two earlier letters on the issue.

HRD ministry had also mentioned a letter of former commissioner, Allahabad division, Ashish Goyal dated November 27, 2019 wherein he had sought change in the name of the university.

Former dean (science) Prof AK Srivastava had taken to the social media to air his opposition to the proposed move.

He had pointed out that the name change would in no way help students and the society as a whole.

However, dissenting voices started emanating from student leaders and former or present teachers of AU.

A senior member of the executive council said, “At a time when we are fighting a global pandemic, exams are still pending, admissions have to be done, we are being asked to express opinion whether we support changing the name of AU. Even if everything had been normal, none of us would have agreed to change the name. We are identified by the name ‘University of Allahabad’ and that should remain intact.”

Former faculty member Prof. M C Chattopadhyay said, “AU has a rich legacy of 133 years. The institution is popular and known world over by this name. Names of many cities have been changed but the names of eminent institutions have remained unchanged.”

Many students and teachers have also started a signature campaign against the proposal. The online petition has been signed by over 4,500 students in just 24 hours of its launch. (IANS)