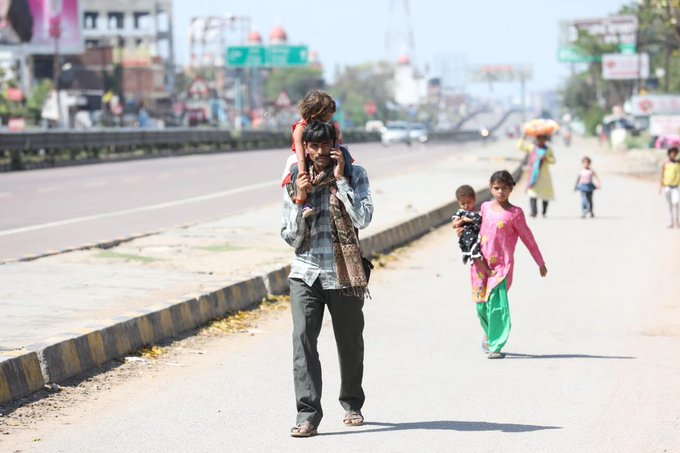 The Assam government has decided to open its inter-state borders with other northeastern states except Sikkim from Sunday to allow return of stranded people to the state, while Tripura revamped its efforts to prevent the spread of coronavirus after two BSF troopers tested positive for the highly infectious disease on Saturday.

Assam Health Minister Himanta Biswa Sarma said in Guwahati that the state government would open its inter-state borders with the neighbouring states except Sikkim from Sunday to facilitate the return of stranded people to the state.

He said that two Additional DGP rank officers would monitor the return of the stranded people and other related processes.

“Those who are keen to return to the state using private vehicles would be allowed to do so, but they have to obtain the necessary passes. Around 20 lakh people from Assam are stranded in different states across the country, including other northeastern states, Sarma told the media.

All the returnees would be screened at the inter-state borders for Covid-19 symptoms before they go to their homes or for institutional quarantine.

“After May 4, economic activities would resume in the green zone, so we are urging the people if their units, offices, establishments and engagements start, they should not rush to come to Assam,” said Sarma, who also holds the finance portfolio.

Of the total 42 positive cases found so far in Assam, currently there are nine active cases while one person had died on April 10.

A senior BSF officer told IANS that one of the two infected persons belonged to Assam and he has been suffering from some ailments after he returned to Tripura from his hometown in Sivasagar district in Assam on March 11.

“The ailing head constable and his attending colleague have tested positive for coronavirus at the Govind Ballabh Pant Medical College and Hospital in Agartala,” the officer said, refusing to be named.

While briefing the media, state’s Education and Law Minister Ratan Lal Nath said that swab samples of 68 people, who came in contact with the two BSF personnel, are being collected for testing.

With the recovery of the second patient, a 32-year-old Tripura State Rifles jawan and a resident of Uttar Pradesh, on April 25, the Tripura government had declared the northeastern state as novel coronavirus free.

The state’s first patient, a 45-year-old woman who tested positive for the virus on April 6 after she returned from Assam by train, has already recovered and was discharged on April 15.

Tripura Chief Secretary Manoj Kumar, quoting the Union Health Ministry order, said that six of the eight districts of Tripura are categorised as green zones while the remaining two districts are classified as orange zones.

There is no restriction on the functioning of government offices in the two orange zones, the Chief Secretary said in his notification, adding that separate orders would be issued for the functioning of educational institutions later on.