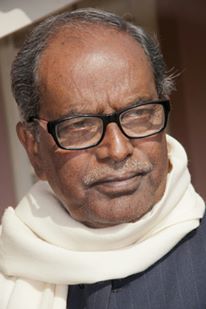 Kolkata: Senior Communist Party of India-Marxist (CPI-M) leader and former MP Tarit Baran Topdar was attacked by a section of alleged Trinamool Congress-backed miscreants at Titagarh on Tuesday as he came to oversee relief activities.

The incident took place near the platform no 1 of Titagarh railway station when Topdar reached there to inspect a community kitchen run by his party workers amid the ongoing Covid-19 pandemic. The CPI-M leader was allegedly stopped midway by TMC-back goons who asked him to return, police sources said.

Later, a deputation was submitted to the local police station by CPI-M members. It was alleged that four persons were injured in the attack.
(IANS)