Can’t you imagine a system where no one wants credit: Ranjan Gogoi on Ayodhya verdict 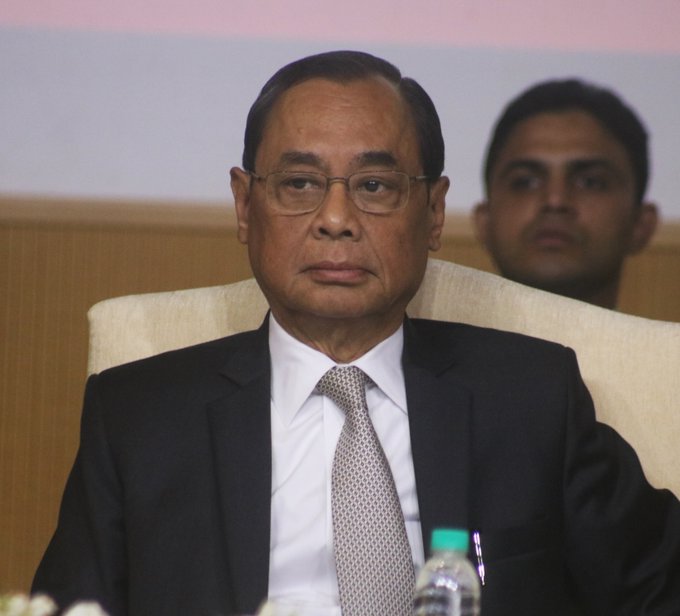 New Delhi: Former Chief Justice of India Ranjan Gogoi has cleared the air from the controversy relating to the Ayodhya judgment, which did not name the author judges. He said, “Can you not imagine a system where the five judges have agreed on a conclusion… where they do not want to take credit?”

Speaking at a Webinar on Judicial Independence on Wednesday, hosted by the Confederation of Alumni for National Law Universities (CAN) Foundation, Gogoi said, “Why does a judgment need to have an author? It (Ayodhya judgment) is signed by five judges. The five judges are the authors… Can you not imagine a system where the five judges have agreed on a conclusion… where they do not want to take credit?”

Gogoi was one of the five judges of a constitution bench of the Supreme Court, which had in November last year ruled unanimously in favour of building a Ram Temple at the disputed site in Ayodhya. It had also granted a five-acre land to the Muslim parties for the construction of the mosque elsewhere in Ayodhya.

A controversy had then erupted over who authored the unanimous judgement on behalf of the Constitution Bench. “On the balance of probabilities, there is clear evidence to indicate that the worship by the Hindus in the outer courtyard continued unimpeded in spite of the setting up of a grill-brick wall in 1857. Their possession of the outer courtyard stands established together with the incidents attaching to their control over it,” the verdict had said.

The bench, which also comprised the sitting Chief Justice Sharad Arvind Bobde, Justice Ashok Bhushan, Justice S. Abdul Nazeer and Justice D.Y. Chandrachud, had said the Central government would be at liberty to make suitable provisions with respect to the rest of the acquired land by handing it over to the trust or body for management and development in terms of the scheme framed in accordance with the above directions. (IANS)