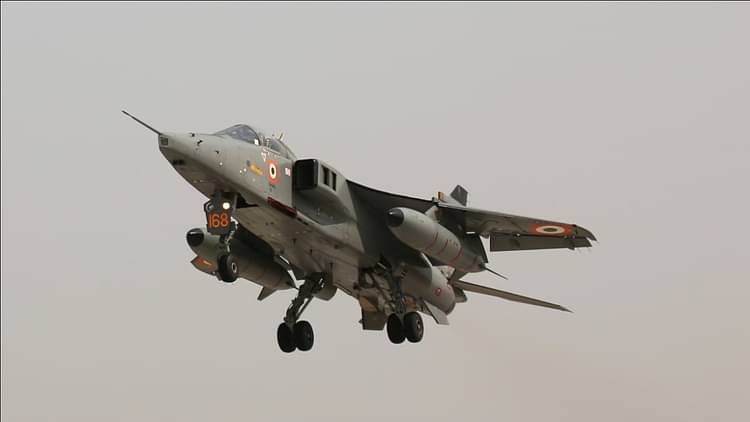 New Delhi: The Indian Air Force (IAF) on Tuesday scrambled fighter jets along the Line of Actual Control (LAC) in Ladakh, after China flew military choppers close to the LAC. The IAF officials, however, termed it as a “routine affair”.

“China military choppers fly in their territories and out fighter jets in our territories. It is normal routine affair,” said Indian Air Force (IAF) officer. He also rejected the aggressive approach at LAC.

The officer said: “On Tuesday also the Chinese military helicopters were flying close to LAC and our planes were also doing routine sortie.” When asked about the aggressive attitude, the officer speaking candidly said, “It is being unnecessarily being sensationalized. It is a routine Standard Operating Procedure”

The act of China flying military choppers near LAC is being perceived as a provocation by the Indian military establishment.

The LAC, unlike international borders, is not clearly marked. The India-China border dispute covers the 3,488-km-long LAC.

The Indian and Chinese soldiers were involved in scuffles at two occasions in last one week along Line of Actual Control in north Sikkim and Ladakh.

Sources said that four Indian soldiers and half a dozen of Chinese counterparts were injured during the confrontation in North Sikkim.

It took place at Naku La sector, ahead of Muguthang, a pass at a height of more than 5,000 metres in North Sikkim. In total 150 soldiers were present when the confrontation took place.

Later, the confrontation was resolved at the local level.

Sources said that temporary and short duration face offs occur as boundary issues are not resolved.

“Incidents of face off took place. Aggressive behaviour and minor injuries took place from both sides. They were disengaged after dialogue and interaction at local level,a said the source.

Troops resolve such issues mutually as per established protocols.

The scuffle in Ladakh took place on May 5 night and was resolved by May 6 morning.

This is not the first time Indian and Chinese soldiers have exchanged blows along the border.

Back in August 2017, Indian and Chinese soldiers threw stones at each other and exchanged blows near Pangong Lake in Ladakh. The clash had aggravated tensions between the two countries as it happened at a time when they were locked in a stand-off in the disputed territory of Doklam in Sikkim.

It took two months to end the stand-off between the forces.