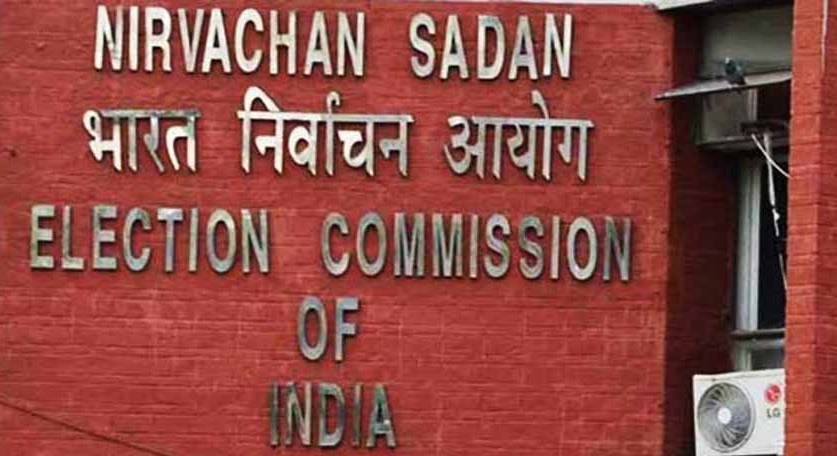 New Delhi: The Election Commission on Friday announced to hold polls to nine legislative council seats in Maharashtra on May 21, giving Chief Minister Uddhav Thackeray an opportunity to become an MLC within the six-month deadline for being elected to either Vidhan Sabha or Vidhan Parishad.

The EC has decided to conduct the biennial election in Maharashtra on May 21. In this regard, the notification will be issued on May 4 and the last date of filing nominations will be May 11. The scrutiny of nominations will be on May 12 and the last date for withdrawal of candidature will be on May 14 as per the commission’s schedule. The polls will be conducted on May 21 between 9 a.m. and 4 p.m. and the counting will be held on the same day at 5 p.m.

The commission has decided that the election shall be completed before May 26. The election watchdog took the decision after reviewing the matter concerning feasibility of conduct of biennial election for the nine seats of MLC vacated by MLAs in the state of Maharashtra. Sunil Arora, Chief Election Commissioner, who is currently in the US, joined the meeting with the two Election Commissioners Ashok Lavasa and Sushil Chandra over video call.

The Election Commission took the decision following a letter dated April 30 received by Chief Secretary, Maharashtra in which he has pointed out the various measures taken to control the pandemic and that in the state government’s assessment, elections to the nine MLC seats could be held in a safe environment. The state government had assured the EC that it is fully committed to ensuring that the elections are held in totally hygienic conditions with social distancing measures and other conditions imposed by the competent authorities.

Citing the Union Home Ministry’s April 29 order concerning permitting the movement of migrant workers, pilgrims, tourists, students and other persons stranded due to lockdown orders, the state government reiterated that it would facilitate and ensure that the elections are conducted by following all directions in the matter.

The EC also received a letter dated April 30 from Maharashtra Governor Bhagat Singh Koshyari for conducting elections in the state.

Koshyari’s letter to EC mentioned that Uddhav Thackeray was sworn in as the Chief Minister of Maharashtra on November 28, 2019 and pointed out that as per Constitutional provisions he has to become a member of either the Maharashtra Legislative Assembly or Legislative Council within a period of six months on or before May 27, 2020. The Governor further stated that the ground level situation is contained and as of now appears to be improving with several relaxations being made by the government.

“Hence keeping in view the entire situation, the Election Commission has been requested to consider working out modalities to hold elections,” Koshyari’s letter mentioned. The Commission also took note of representations from various political parties – the Maharashtra Vidhanmandal Congress Paksh, the Shiv Sena Vidhan Mandal Paksh and, the Rashtravadi Congress Party requesting Commission to conduct the election, the schedule of which was deferred due to force majeure conditions.

It also decided that the Union Home Secretary, who is Chairperson of National Executive Committee in ex-officio capacity under the Disaster Management Act, 2005, should depute an officer of suitable seniority to ensure that the preventive measures are put in place in keeping with the provisions of the said Act for the smooth conduct of the electoral process for the election.

The EC has also directed the Chief Secretary to depute an officer from the state to ensure that the extant instructions regarding COVID-19 are complied with while making arrangements for conducting the elections. Further the EC has appointed Chief Electoral Officer, Maharashtra as observer for this election. The EC also decided to review other deferred elections in the next week.