‘Frivolous’, Cong hits back at FM on Rahul, Sonia jibe 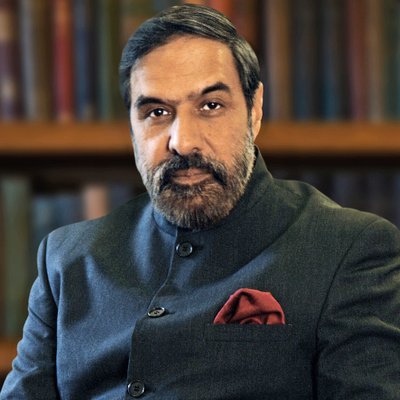 New Delhi: After Finance Minister Nirmala Sitharaman alleged that the Congress is playing politics on the issue of migrants, the party hit back saying its “frivolous” and Congress does not need to “learn” from the Finance Minister.

Congress spokesperson Anand Sharma said, “We expect certain degree of seriousness and gravitas when the Finance Minister is addressing a press conference.”

“The statement of the Nirmala Sitharaman is frivolous and the Congress president did not need to learn from the finance minister,” added Sharma.

He said Congress has stood by the migrants in solidarity as they are citizens of the country and with no food, shelter and money where will the migrants go? The government should apologize to them as their fundamental rights have been violated, Sharma said.

On the issue of Rahul Gandhi meeting migrants in Delhi, Anand Sharma said, “Rahul has right to show his sensitivity. I can understand her frustration, first she damaged the economy, and now….”

Finance minister Sitharaman had said that Rahul Gandhi should have picked the belongings of the migrants and walked with them.

Sharma hit back and said, “Did Government of India take and look to their pains who are walking hundreds of kilometres. One way preaching is going on. The government is taking decisions arbitrarily without consulting the opposition on the issue of national security of defence and space.”

Finance Minister Nirmala Sitharaman on Sunday termed the meeting of Congress leader Rahul Gandhi with the migrants in Delhi a “dramabaazi” (doing drama) and said the Congress should “be more responsible” and work together with the Centre in the current situation. (IANS)