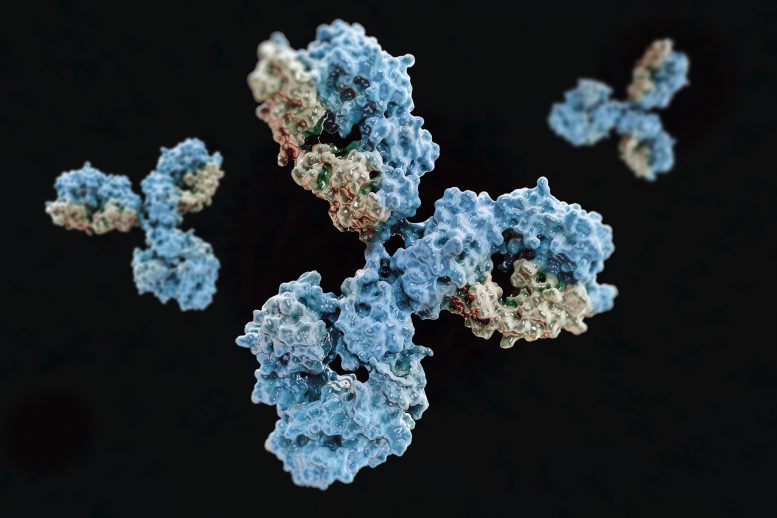 London: A team of German researchers has identified potential cellular targets for treating SARS-CoV-2, the virus that causes COVID-19.

A team of biochemists and virologists at Goethe University and the Frankfurt University Hospital in Germany tested a series of compounds in laboratory models and found some which slowed down or stopped virus reproduction.

According to the researchers, these results now enable the search for an active substance to be narrowed down to a small number of already approved drugs.

Based on the current findings, published in the journal Nature, a US company said that it is preparing clinical trials. A Canadian company is also starting a clinical study with a different substance.

Using a technique developed at the Institute for Biochemistry II at Goethe University, researchers from both institutions were together able to show how a SARS-CoV-2 infection changes the human host cells.

They used a particular form of mass spectrometry called the mePROD method, which they had developed only a few months previously. This method makes it possible to determine the amount and synthesis rate of thousands of proteins within a cell.

“Thanks to the mePROD-technology we developed, we were for the first time able to trace the cellular changes upon infection over time and with high detail in our laboratory. We were obviously aware of the potential scope of our findings,” said study lead author Christian Munch from Goethe University.

“However, they are based on a cell culture system and require further testing,” Munch added.

Instead, a SARS-CoV-2 infection leads to an increased protein synthesis machinery in the cell.

The researchers suspected this was a weak spot of the virus and were indeed able to significantly reduce virus reproduction using something known as translation inhibitors, which shut down protein production.

Twenty-four hours after infection, the virus causes distinct changes to the composition of the host proteome: while cholesterol metabolism is reduced, activities in carbohydrate metabolism and in the modification of RNA as protein precursors increase.

In line with this, the scientists were successful in stopping virus reproduction in cultivated cells by applying inhibitors of these processes.

Similar success was achieved by using a substance that inhibits the production of building blocks for the viral genome.

According to the study, among the substances that stopped viral reproduction in the cell culture system was 2-Deoxy-D-Glucose (2-DG), which interferes directly with the carbohydrate metabolism necessary for viral reproduction.

The US company Moleculin Biotech possesses a substance called WP1122, a prodrug similar to 2-DG.

“The successful use of substances that are components of already approved drugs to combat SARS-CoV-2 is a great opportunity in the fight against the virus,” said study researcher Jindrich Cinatl. (IANS)