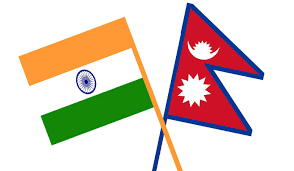 New Delhi/Kathmandu: Nepal’s diplomatic offensives against India over issues ranging from border disputes to the coronavirus pandemic indicate that Kathmandu-New Delhi relations are on a downward spiral.

In his first speech in Nepal’s Parliament on Tuesday since the global disruption due to the coronavirus pandemic, Prime Minister K.P. Sharma Oli asserted that his government would get back “at any cost” the contentious area of Kalapani-Limpiyadhura-Lipulekh from India. He also held India responsible for the spread of the Wuhan-originated coronavirus pandemic in Nepal.

However, sources at the ministry of external affairs in New Delhi on Wednesday trivialised the latter part of Oli’s offensive related to the coronavirus saying that his speech was mistranslated by the media.

Oli appears to have used it in the context that the infection that came from India is widespread, sources said.

Some media reports in Delhi had said that Oli in his speech said that “virus from India looks more lethal than Chinese and Italian.” He was quoted by media saying, “Those who are coming from India through illegal channels are spreading the virus in the country and some local representatives and party leaders are responsible for bringing in people from India without proper testing. It has become very difficult to contain COVID-19 due to the flow of people from outside. Indian virus looks more lethal than Chinese and Italian now. More are getting infected.”

Though New Delhi tried to do damage control over Oli’s coronavirus remark but the relationship with Kathmandu has been deteriorating for some time now.

In 2008, the new Maoist-led government expressed its intention to revoke Nepal’s 1950 treaty with India, making it evident that its abandoning its traditional balance between the two Asian neighbours and moving closer towards China.

Since Oli took over in 2015, Kathmandu-Beijing relation has further strengthened as China made heavy investments in infrastructure development in Nepal. As against India, Nepal has joined China’s ambitious Belt and Road Initiative.

Since Beijing drew wrath of Washington over its attempts to cover up the Covid-19 pandemic and its failure to prevent its spread outside China, the Xi Jinping government has been mounting pressure on its allies like Nepal to needle India.

Recently, Nepal issued a new political map which included Limpiyadhura, Lipulekh, and Kalapani, areas which have been part of Indian territory. On May 8, after Defence Minister Rajnath Singh inaugurated a new road connecting the Lipulekh pass in Uttarakhand with Kailash Mansarovar route in China, Nepal protested against it and also threatened to put up a security post in the disputed territory.

India and Nepal share an 1,800 km-long open border. However, Nepal has disputed India’s claim over 400 sq km area at India-Nepal-China tri-junction in western Nepal and 140 sq km area of Susta in southern Nepal. The Lipulekh Pass is a mountainous pass in the Kalapani area. In 2015, Nepal objected to an India-China agreement on trade through the oass, claiming that it violated its territorial sovereignty.

With the latest objection over the inauguration of the road, tensions between New Delhi and Kathmandu have escalated. India has said the road going through Uttarakhand’s Pithoragarh district “lies completely within the territory of India” and it follows the pre-existing route used by the pilgrims of the Kailash Mansarovar Yatra. The government argued that the road has been made “pliable for the ease and convenience of pilgrims, locals, and traders.”

However, on Tuesday, Oli reiterated that the “issue of Limpiyadhura, Lipulekh, and Kalapani won’t be covered up, a conclusion will be drawn regarding it.” He said his government won’t let this issue fade out and “the territories will be reclaimed” indicating that his relationship with Xi Jinping is stronger than before. (IANS)