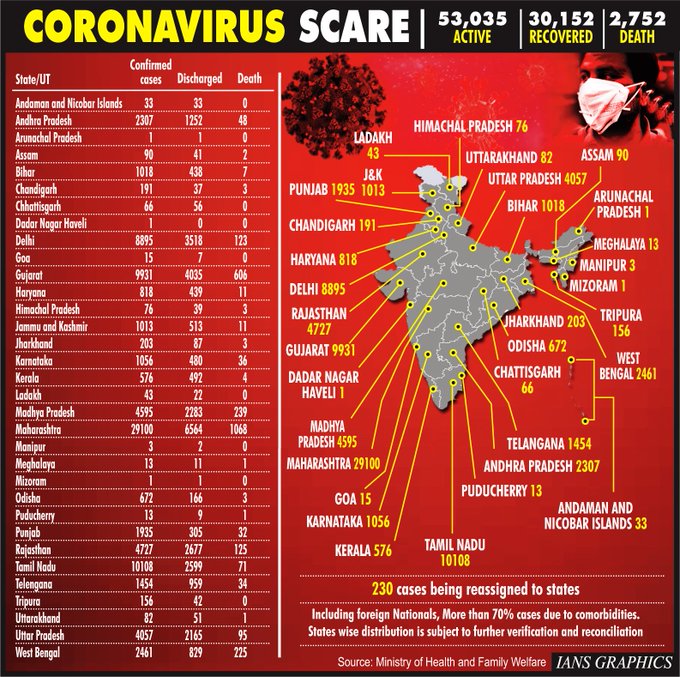 New Delhi: With India’s total tally rising to 85,940, the world’s largest democracy has now surpassed China with a total of 53,035 active cases and 2,752 deaths while 30,152 people have recovered so far, the union health ministry said on Saturday.

With the steady rise in novel coronavirus cases, India has risen to 11th spot among countries with the highest number of confirmed infection. Goa and Manipur, which were declared COVID-19 free, have reported fresh corona positive cases.

After being COVID-19 free for many days, Goa reported total cases to 15 while seven people have been cured. Similarly, in Manipur’s total remained three active cases while 2 people were cured and discharged.

Maharashtra has also reported the highest number of deaths, 1068, followed by 606 in Gujarat and 239 in Madhya Pradesh.

At least 8,895 people in the national capital have been infected with the highly contagious coronavirus.