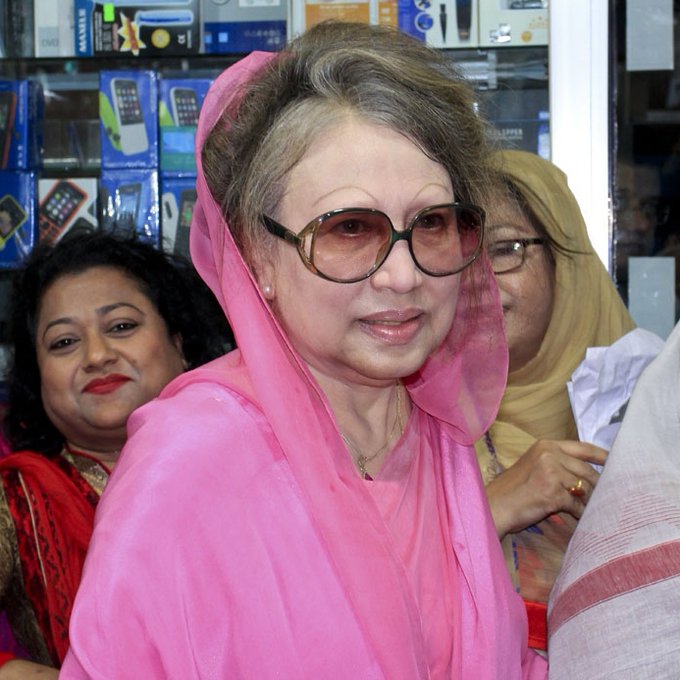 Dhaka: Former Bangladesh Prime Minister Khaleda Zia, who was freed from prison in March after serving 25 months in two corruption cases, was receiving treatment at her residence here amid the coronavirus pandemic, her family has said.

Following her release on March 25, Zia was taken to her home ‘Feroza’ despite demands from the her Bangladesh Nationalist Party (BNP) leaders to transfer her to the United Hospital for better treatment, bdnews24 reported.

“It (transfer to United) is not possible right now due to the current state of the country. She is undergoing treatment at home. All the members of the medical board that was formed for her treatment are expert physicians,” Khaleda’s sister Selima Islam told bdnews24 on Friday.

Kheleda was still in “home quarantine” and gradually improving, Selima said and added her sister has not recovered from illness.

One of Khaleda’s doctors told bdnews24: “She needs long-term treatment. She has to undergo physiotherapy, follow-up and monitoring for a long time.”

Khaleda had been in prison since February 2018 after she was sentenced to a total of 17 years in two graft cases involving Zia Orphanage Trust and Zia Charitable Trust.

She was initially kept at Old Dhaka’s abandoned central prison, but on April 1, 2019 she was moved to Bangabandhu Sheikh Mujib Medical University for treatment. (IANS)