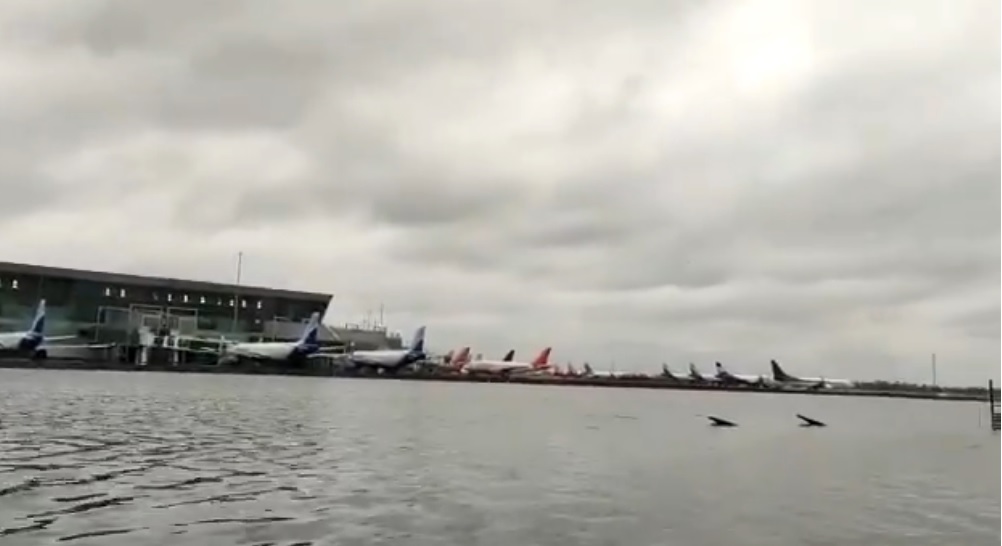 According to sources at the airport, operations recommenced at noon with the arrival of a Russian chartered plane for evacuation of stranded Russian nationals.

However, some parts of the airport still remain inundated with water, which is being pumped out.

An Air India official told IANS: “Our hangar has suffered structural damage due to the storm. Ground teams are trying to assess the damage. However, due to the conditions there, the work is going at a slow speed.”

“None of our aircraft was damaged in this storm.” (IANS)