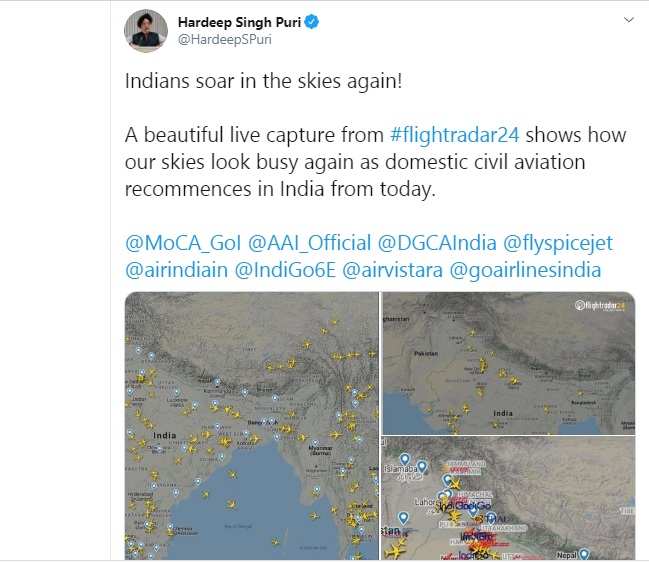 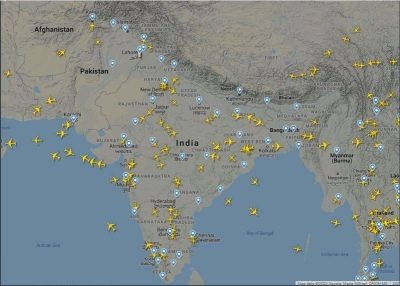 In a tweet, Puri said: “Indians soar in the skies again! A beautiful live capture from #flightradar24 shows how our skies look busy again as domestic civil aviation recommences in India from today.” 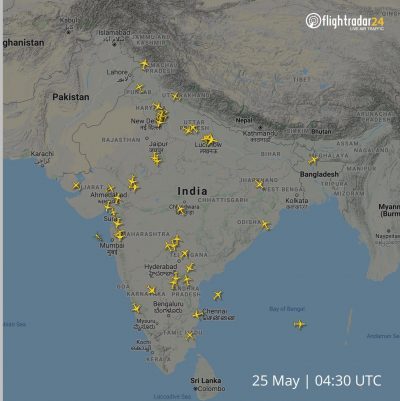 Domestic flight services resumed on Monday across most states in the country, although with limited operations. Andhra Pradesh and West Bengal will resume services on May 26 and 28 respectively. The resumption, however, did face initial hiccups as passengers were seen harried at the national capital’s IGI Airport as over 80 domestic flights were cancelled owing to the state governments’ cap on accepting flights. (IANS) (Photo Credit : Twitter )