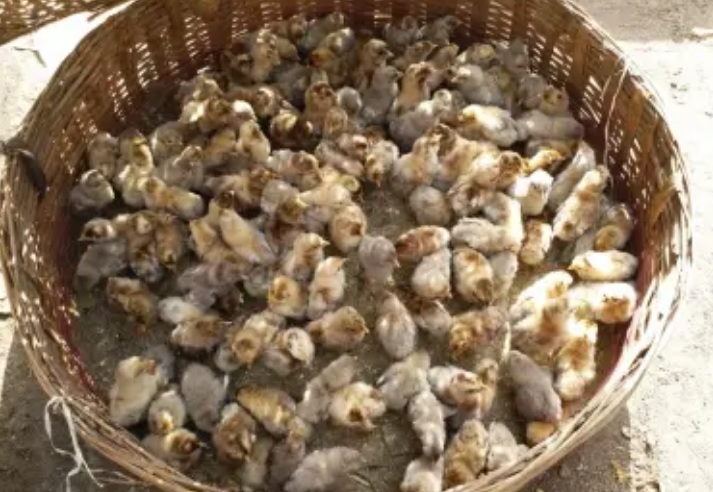 Jaipur: People for the Ethical Treatment of Animals (PETA) India on Monday urged the Rajasthan government to ban the cruel methods of killing male chicks (since they can’t lay eggs)and other unwanted chicks by grinding, crushing, burning, drowning and even feeding them alive to fish that are currently practised by poultry hatcheries in the country.

The group pointed out that such practices violate The Prevention of Cruelty to Animals Act, 1960, and the Indian Penal Code.

It asked that Rajasthan implement the use of nitrogen and inert gases as recommended by the Animal Welfare Board of India (AWBI), the Law Commission of India (LCI), and the World Organisation for Animal Health and to replace these methods with in ovo sex determination technology to prevent the birth of male chicks once it’s commercially available.

Following moves by the governments of France, Switzerland and Germany to phase out the grinding of unwanted male chicks, PETA India has asked Prime Minister Narendra Modi to have the Indian egg industry follow suit.

Recently, at PETA India’s request, the animal husbandry departments of MP, UP and Maharashtra have issued orders for complete prohibition on illegal and cruel practices for killing chicks in hatcheries and directed that the methods recommended by the AWBI and LCI be adopted.

“The gruesome killing of countless male chicks simply because they can’t lay eggs is cruel and can be stopped,” said PETA India CEO and veterinarian Dr Manilal Valliyate. “The government is already taking steps towards using sex-sorted semen to prevent the births of male calves, who are considered worthless by the dairy industry and typically abandoned, left to starve, or slaughtered for beef. In ovo technology can be used to stop the killing of male chicks, too.”

Sex determination technology – which was developed abroad and will be commercially available soon – would allow eggs with male embryos to be destroyed at an early stage of development and spare live chicks a horrific death. (IANS)