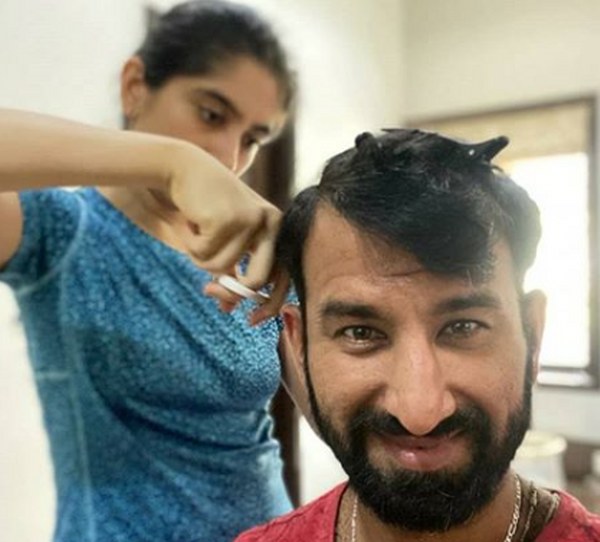 “Trusting your batting partner for a quick single when on 99* or trusting the wife for your haircut – what takes more courage!” Pujara said in an Instagram post with pictures of his wife trimming his hair. He also posted a trimmed hair look in the same post.

Cricketers, like all sportspersons, have been confined to their homes since India went into nationwide lockdown on March 24 amid the COVID-19 pandemic. The Indian Premier League (IPL) has been postponed indefinitely and there are doubts over the T20 World Cup too.

India are also set to tour Australia for three ODIs and four Tests in December and January.

India, under Virat Kohli in the 2018/19 series, became the first Asian side to beat Australia in a Test series in their own den. The series featured stellar performances from Pujara, Rishabh Pant and Kohli and the fast bowling battery featuring Jasprit Bumrah, Mohammed Shami and Ishant Sharma. The significant support that the Indian team garnered in each of the venues was also a feature of the series.

Recently, Australian fast bowler Pat Cummins said that Pujara remains one of the toughest batsmen he has ever bowled to.

Cummins recently did a live Q&A session that was arranged by the Australian Cricketers Association (ACA) in which he was asked which is the batsman he found toughest to bowl to.

“There are a lot of them out there, unfortunately. But I am going to go with someone different, and he is (Cheteshwar) Pujara from India. He was a real pain in the back for us,” said the 26-year-old. (IANS)