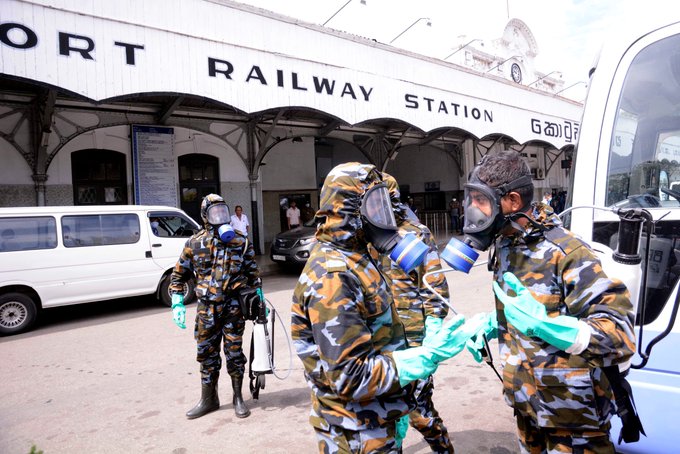 Colombo: Security was strengthened across Sri Lanka on Sunday as a two-day nationwide curfew came into effect to prevent people from leaving their homes amid the COVID-19 pandemic, police said.

According to the police, nearly 1,000 roadblocks have been set up across the country, which will be manned by police officers who will be deployed on a shift basis, 24 hours of the day, reports Xinhua news agency.

The curfew will be lifted on Tuesday at 5 a.m., in order to resume economic activities.

The epidemic has so far infected over 1,000 people and caused nine deaths in the island country.

Police said that all vehicles and people on the streets on Sunday and Monday will be strictly checked and those defying the curfew will be arrested.

Further, the police urged the minority Muslims, celebrating the Eid al-Fitr festival in Sri Lanka on Sunday, to avoid public gatherings and confine celebrations within their homes.

In a statement, the government information department said that the curfew which was imposed in capital Colombo and the outskirts of Gampaha since March 24 will be lifted on May 26 as the spread of the COVID-19 has been limited in the island country.

Economic activities will resume normally after curfew is lifted but strict health guidelines will need to be maintained, the government said. (IANS)