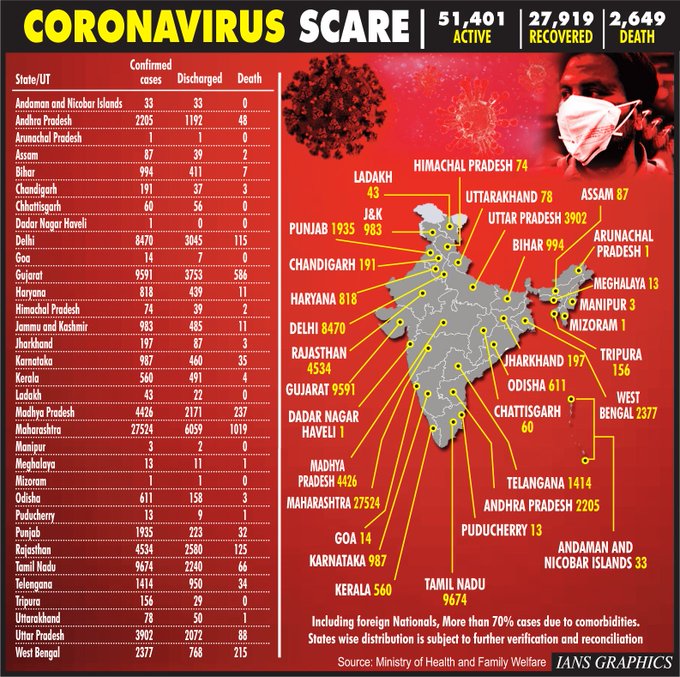 New Delhi: With 3,967 new cases and 100 new deaths reported in the last 24 hours, the COVID-19 tally in India reached 81970, the Union Health Ministry stated on Friday. And two states, Goa and Manipur, which were declared COVID-19 free, have reported fresh corona positive cases.

After being COVID-19 free for many days, Goa reported seven fresh cases, that took the total number of cases here to 14. Similarly, in Manipur a fresh case emerged after 26 days, taking the total tally in this Northeast state to three so far.

Maharashtra has also reported the highest number of deaths, 1019, followed by 586 in Gujarat and 237 in Madhya Pradesh.

At least 8,470 people in the national capital have been infected with the highly contagious coronavirus.

States/UTs that have zero coronavirus cases are Arunachal Pradesh, Mizoram and Andaman and Nicobar Islands.