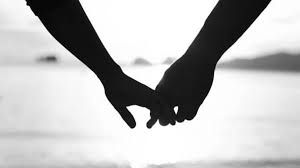 Hyderabad: Depressed over the postponement of their marriage due to the ongoing lockdown, a couple in Telangana’s Adilabad district committed suicide on Friday, police said.

Pendur Ganesh (22) and Soyam Seethabai (20) ended their lives by consuming pesticides in an agricultural field in Kannapur village in Narnoor mandal, about 300 km from the state capital.

According to police, Ganesh, a farmer and a girl from the same village were in love with each other for a couple of years. Their engagement took place a few months ago and the marriage was scheduled for last month.

However, both the families decided to postpone the marriage due to the lockdown. The lovers were upset over this.

As the lockdown in Telangana was recently extended, the couple was further depressed due to the uncertainty over their marriage.

“Both the families say they took the extreme step due to postponement of the wedding. Their bodies were found in a field. We have shifted them to government hospital in Utnoor for autopsy,” said Narnoor Sub-Inspector M. Vijay.

The police official said a case of death under suspicious circumstances was registered and an investigation was launched.

The lockdown, which began in Telangana on March 22, has resulted in the postponement of thousands of weddings. The government has banned gatherings for marriages to contain the spread of the coronavirus. (IANS)