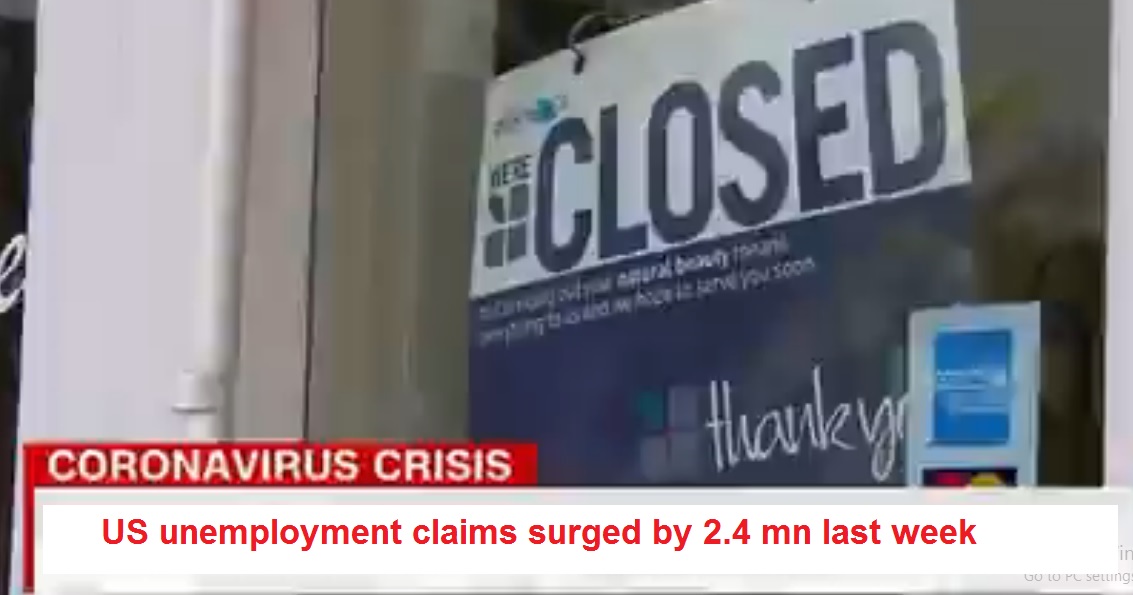 Washington: The number of initial unemplyment claims in the US totalled to 2.4 million last week as the COVID-19 pandemic continues to sweep the nation, the Labor Department reported.

In the week ending May 16, the number of Americans filing for unemployment benefits decreased by 249,000 from the prior week to 2,438,000, the seventh weekly decline in a row but staying at high levels, Xinhua news agency quoted the Department as saying on Thursday.

With the latest numbers, more than 38 million Americans have applied for unemployment benefits since the COVID-19 pandemic forced widespread business closures in mid-March.

The figures came after the Labor Department reported earlier this month that US employers cut a staggering 20.5 million jobs in April, and the unemployment rate soared to a record 14.7 per cent.

“Once one accounts for the initial claims data and those who have lost their jobs but have not qualified for unemployment, are marginally attached or are working part time for economic reasons, the near real-time unemployment rate has reached roughly 29.4 per cent,” Joseph Brusuelas, chief economist at accounting and consulting firm RSM US LLP, wrote on Thursday.

While the pace of those filing first-time claims has declined for the past seven weeks, the number of individuals filing for unemployment benefits will continue to rise, Brusuelas noted.

“It is difficult to make a case why that number will now not drive toward 50 million before the economy begins its long and winding road to recovery and expansion,” he said. (IANS)