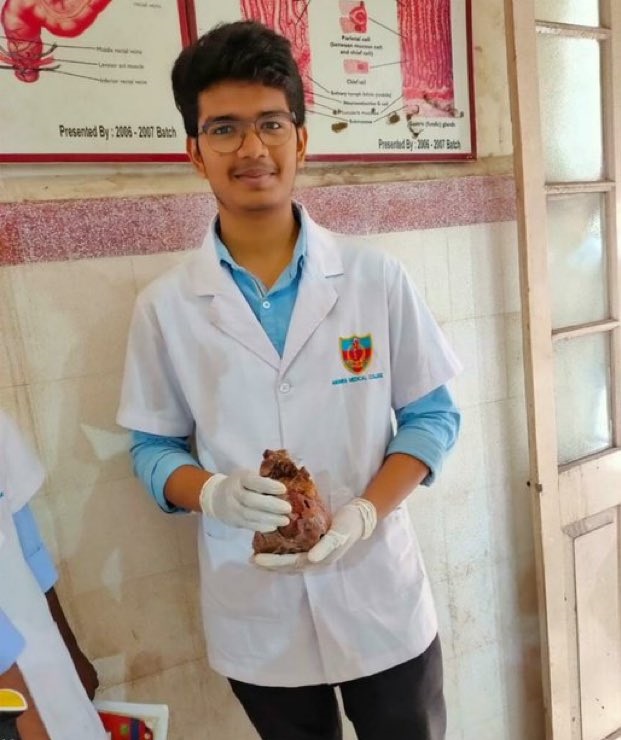 Visakhapatnam: The gas leakage from a chemical plant in this coastal city on Thursday cut short the dream of a police constable’s son to become a physician.

A.Chandramouli was one of the 12 people killed in the tragedy that struck RR Venkatapuram and other villages surrounding LG Polymers in the early hours of Thursday.

The 19-year-old was a first year student of MBBS at Andhra Medical College. Son of a police constable, Annepu Chandramouli had the childhood dream of becoming a doctor.

Family members said he worked hard and excelled in the studies to secure a medical seat this year with merit. The leakage of Styrene from the plant located close to his house in Venkatapuram snuffed out the young life, plunging his parents into gloom.

Chandramouli was the eldest son of the two sons of Annepu Easwar Rao, serving as a head constable at Gopalpatnam police station in Visakhapatnam.

Like many others, the tragedy came calling on Chandramouli’s family when they were asleep. All four members of the family fell unconscious with the leakage of Styrene from the plant around 3.45 a.m.

Dense fumes of the gas enveloped the villages surrounding the plant, trapping many in their houses. The rescue workers shifted Easwar Rao’s family to King George Hospital but Chandramouli succumbed on the way. Doctors said he died of asphyxiation after inhaling the gas.

Easwar Rao and his wife were inconsolable when the news of their son’s death was conveyed to them late Thursday after their condition improved.

The police constable was consoled by his colleagues, who recalled how happy he was when his son had secured the medical seat.