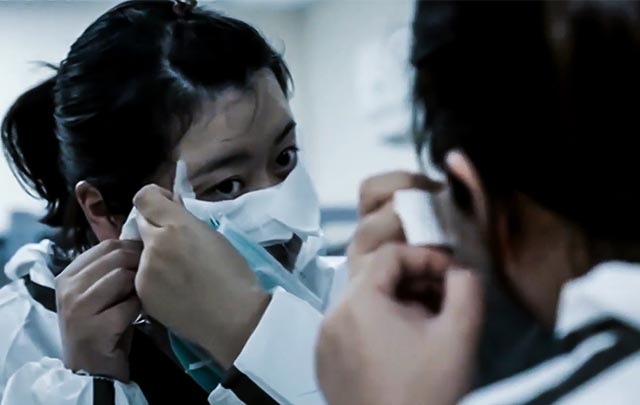 Wuhan: Wuhan, the capital of China’s Hubei province where the COVID-19 pandemic originated last December, has conducted more than 1 million nucleic acid tests over the past week and recorded a significant drop in the incidence of asymptomatic cases, official media reported Tuesday.

The number of asymptomatic patients who tested positive for the virus fell to 46 people per million tested from 660 per million in April, Efe news quoted the state-run daily Global Times newspaper as saying.

This result suggests, according to local authorities, that the epidemic control situation has improved and that asymptomatics have low infectivity.

The Global Times added that an antibody spot check of 11,000 people in April showed that 5 per cent had antibodies to the virus, which when extrapolated to the city’s 11 million inhabitants could mean that some 500,000 Wuhan citizens had contracted the virus at some point.

The state-run newspaper points out that, although the study was the initiative of the authorities, the results were not published by official sources, according to which more than 50,000 confirmed cases and 3,869 deaths have occurred in that city, the capital of the central province of Hubei.

Wuhan is currently engaged in a mass-testing campaign for coronavirus, carried out free of charge, which should end on May 25.

However, the deputy director of the pathogen biology department at Wuhan University, Yang Zhanqiu, said that the testing criteria vary in different districts of the city: for example, in some, both nucleic acid tests and antibody tests are performed while in others only the first test is carried out.

This new campaign, according to the university professor, focuses on specific population groups such as the elderly and young people, as well as the city’s residents who don’t have stable jobs.

These demographic sections had not been part of the previous rounds of testing, which focused on preparing the city to return to work and production.

The city authorities’ decision to conduct mass tests for COVID-19 came after an infection was reported on May 9 – followed by another five the next day – which ended a 35-day streak with no coronavirus infections, according to official data. (IANS)