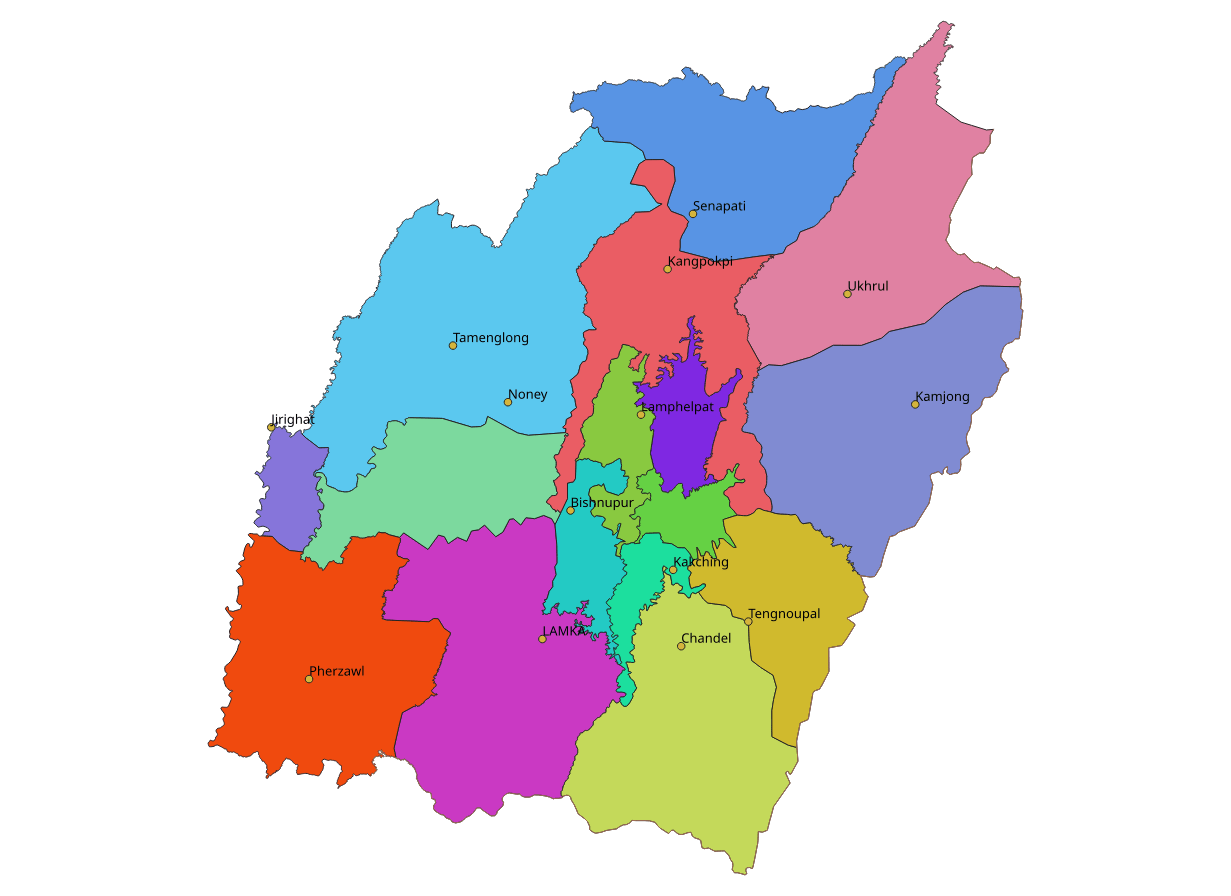 Imphal Amid political turmoil, the Manipur High Court on Thursday directed the assembly Speaker not to pronounce any order, till Friday, on the pending disqualification cases of seven MLAs, who won on a Congress ticket in 2017 assembly polls but later crossed over to the BJP.

Justice K.H. Nobin Singh, who on June 8 restrained the seven Congress MLAs from entering the Assembly till the Speaker’s tribunal hears their disqualification case, on Thursday ordered: “It is directed that the judgment/order which is reserved and to be pronounced by the Speaker, shall be kept in abeyance till tomorrow (Friday). It is made clear that the order/judgment reserved today (Thursday) by the Speaker, shall not be pronounced by him till tomorrow (Friday).”

The Speaker’s Tribunal heard the matter related to the seven Congress defectors on Thursday, but following the directions of the High Court, no order was passed.

The election for the lone Rajya Sabha seat from Manipur is scheduled to be held on Friday in the Manipur Assembly premises.

The opposition Congress had, in January this year, moved the Supreme Court for disqualification of the seven MLAs.

Speaker Y. Khemchand Singh, after hearing the matter, had on May 8 reserved his decision.

The seven Congress MLAs had joined the BJP after the 2017 Assembly polls, where the Congress had won 28 seats and the BJP 21 in the 60-member house. However, the BJP formed the government with the support of the rebel Congress MLAs, apart from the National People’s Party (NPP), headed by Meghalaya Chief Minister Conrad K. Sangma, and the Naga People’s Front besides a Trinamool Congress and independent legislators.

Meanwhile, earlier on Thursday, the opposition Congress staked claims to form the government in Manipur and urged the Governor to convene a special session of the Assembly.

In a separate move, 12 MLAs of the Congress and other parties demanded the removal of the Speaker.

“A delegation comprising leaders of the Congress and other parties met Governor Najma Heptulla on Thursday afternoon and demanded to convene a special session of the state Assembly to move a no confidence motion against the BJP government headed by Chief Minister N. Biren Singh,” Congress leader Chalton Amo told the media after the meeting.

“We have told the Governor that the Congress, in alliance with the other parties and Independents, is now capable of forming a secular government headed by three-time Chief Minister Okram Ibobi Singh. We have handed over a letter signed by Okram Ibobi Singh to the Governor.”

In the letter, which has been accessed by IANS, Okram Ibobi Singh, who is currently the Congress legislature party leader, told the Governor that the party would form a Secular Progressive Front government with like-minded parties and MLAs.

Led by K. Meghachandra Singh, 12 MLAs have also sent a notice to Manipur Assembly Secretary demanding the removal of the Speaker under Article 179 (c) of the Constitution.

The latest political development comes a day after the three-year-old BJP-led coalition government in Manipur headed by Chief Minister N. Biren Singh was on Wednesday night pushed into a political crisis as three BJP MLAs quit the party and joined the Congress and six legislators – four of NPP, one Trinamool and an independent — withdrew support.

After the latest political development, the strength of the BJP-led alliance government has been reduced to a minority in the Assembly, effective strength of which is 59 after Shyamkumar Singh, who had defected to the BJP from Congress, was disqualified. (IANS)