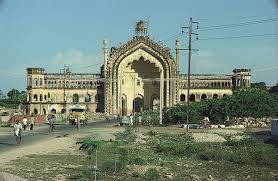 The explosion took place in the Lucknow Collectorate near the District Magistrate’s office.

According to sources, the bomb attack was a result of a dispute between two groups of lawyers.

The bomb blast is believed to be an attempt to attack a lawyer present in the court.

Sanjeev Lodhi, joint secretary of the Lucknow bar association, claimed he was the target.