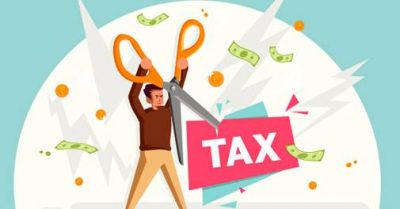 New Delhi, Feb 2 (IANS) The 160 minute-long Budget speech of Nirmala Sitharaman seems to have failed to please India’s middle class and the salaried class alike, according to the IANS-CVoter post-Budget survey.

The Budget is not construed very pro-farmer in spite of the mention of words like ‘agriculture’ and ‘rural’ every few sentences, says the poll.

Employment has been a recurring theme this Budget. So much so that even in his post-Budget speech, Prime Minister Narendra Modi said: “The main areas of employment are agriculture, infrastructure, textiles and technology. In order to generate employment, these four areas have been given great emphasis in this Budget.”

In spite of that, the perception is otherwise. Only a meagre 10.7 per cent gave net approval to the question: “How do you see the Budget that has been presented today? Will it boost employment?”

On a closer look, just 31.8 per cent believe that the Budget has the potential to create jobs while 37.4 per cent say ‘little bit’. A total of 21.1 per cent rubbished any chance of employment generation due to the Budget, while 9.6 per cent couldn’t decide. Interestingly, jobs have been an issue over which the opposition has consistently targeted the BJP-led government at the Centre.

But with a thumbs down to the perception that the Budget is pro-middle class or has the potential to generate jobs, some respite came in the form of it being pro-farmer.

According to the IANS-CVoter post-budget poll, 44.1 per cent gave net approval to a question as to “How do you see the Budget that has been presented today? Pro-farmer?” As many as 55.9 per cent said yes, 28.1 per cent said ‘little bit’ while 11.8 per cent said ‘not at all’. A total of 4.3 per cent of the respondents remained undecided.

According to CVoters’ Yashwant Deshmukh, anywhere above 40 per cent and below 50 per cent is orange zone which is not satisfactory. In spite of talking about increase of value addition in horticulture, fisheries and animal husbandry, it appears the Union Budget failed to drive home the perception of ‘pro-farmer’.

The IANS-CVoter post-Budget poll was conducted right after the live telecast of Budget presentation by Finance Minister Nirmala Sitharaman. In the poll, approximately over 1,200 respondents from across all demographics were interviewed. They were randomly selected.