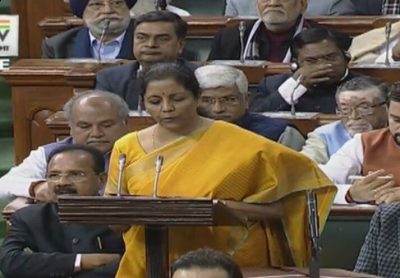 Presenting the Budget 2020 in Lok Sabha on Saturday, she said: “There are one million people out of poverty and we should be proud of it. We have moved on from over 4 per cent growth in 1950s to 7.4 per cent to 2014-19 period. Motto of ‘Sabka saath, sabka vikas and sabka vishwas’ has implemented new programmes for the poor and disadvantaged under Prime Minister Modi.”

Economic Development would entail reforms across the economy and more space for the private sector. She said the Budget is woven around 3 prominent themes — aspirational India, economic development and a caring society.

Earlier she said in May 2019 PM Narendra Modi received a massive mandate to form the government again. We wiIl serve with humility and dedication, she added.