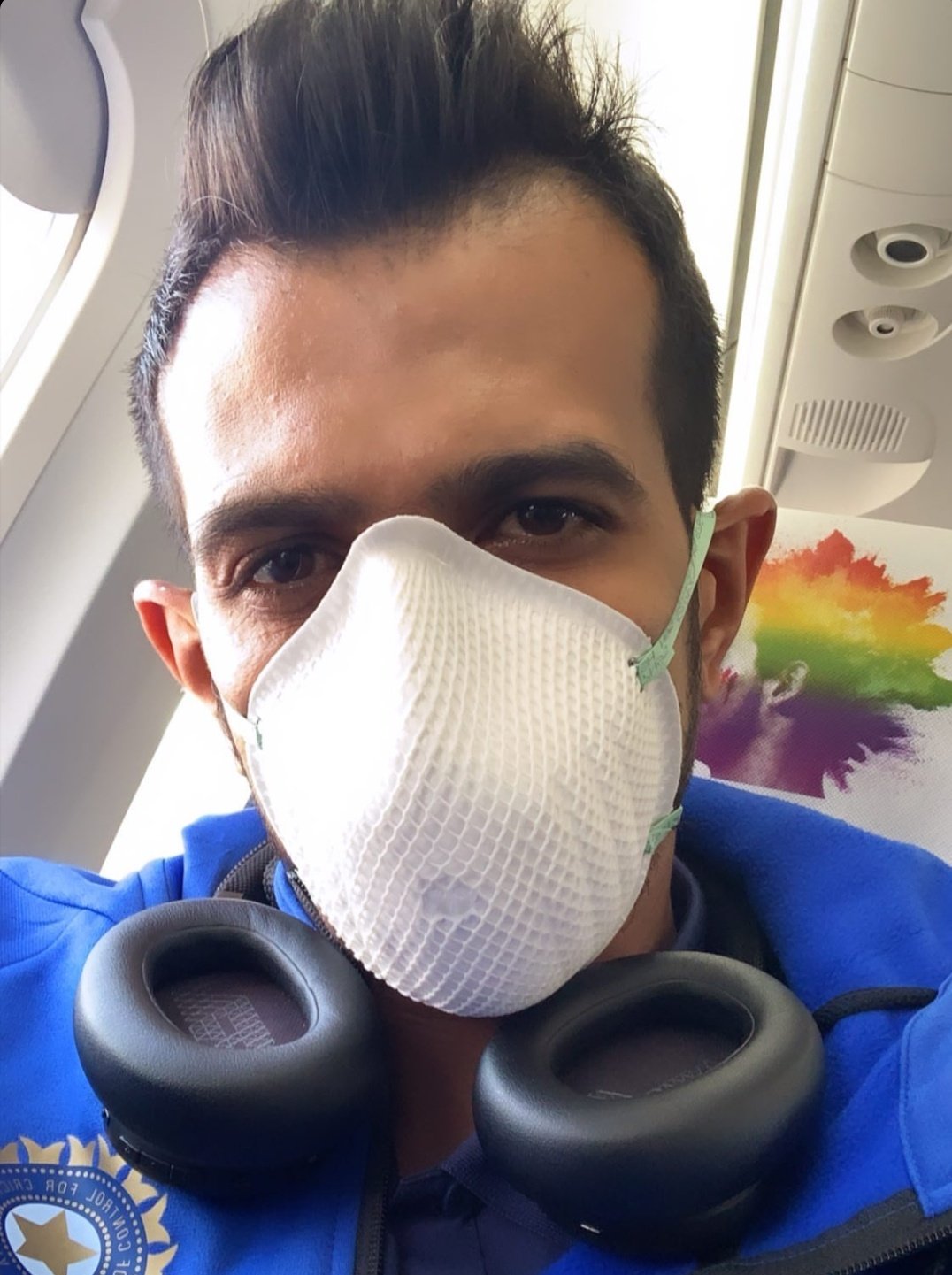 New Delhi :As South Africa players mull avoiding the customary handshakes during their stay in India, the home team led by Virat Kohli is also leaving no stones unturned to ensure all precautionary measures are taken in the wake of the coronavirus outbreak.

South Africa will play three ODIs against India. The first match is in Dharamshala on March 12. Proteas head coach Mark Boucher had said on Monday that they have a strong medical team who have advised them about the do’s and dont’s during their tour to India.

Leg-spinner Yuzvendra Chahal on Tuesday posted a picture of him wearing a mask at the New Delhi airport on way to Dharamshala. Chahal shared his photo on Instagram.

“With regards to handshakes and type of stuff that’s a concern, so it will probably be fine if we do the same if it comes to that. I think it’s a way to stop anything from happening to our guys,” Boucher had told the media during his pre-departure press conference on Monday.

“We have a security staff and if we have medical concerns, we give it to them and they come up with recommendations. If they think it is too dangerous, they will pull us out….

“We had a nice brief last night from medical staff about the virus going around.. that is a major concern. We are not medical people and we don’t know medicine like they do.

“So we have taken their recommendations and I am sure they have put stuff in places that’s going to help us.”